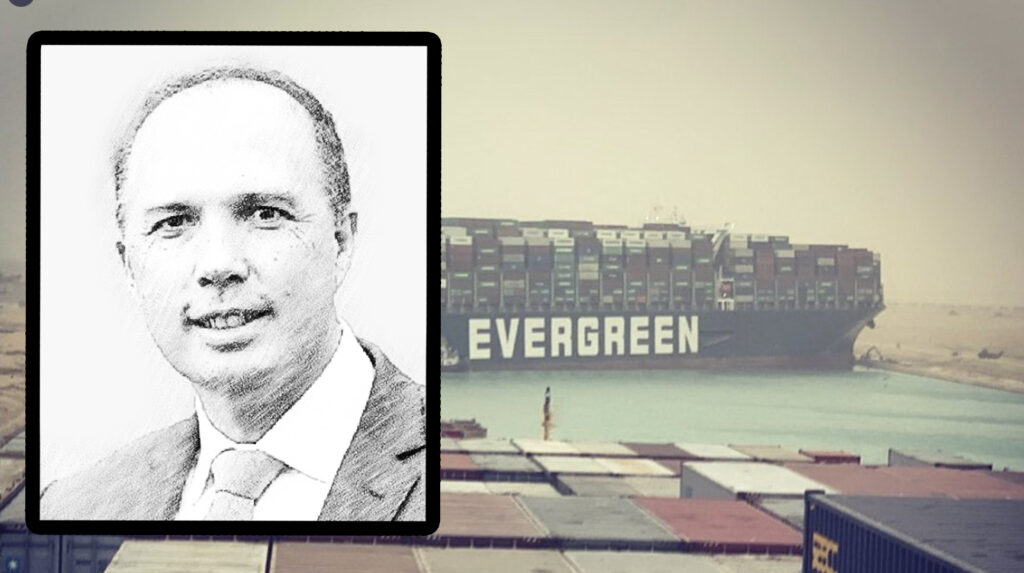 Suez police have today released an identikit drawing of a man they wish to question over an incident which has seen the world’s shipping grind to a halt.

The man, described as aged somewhere between 40 and 500 is said to resemble a potato, and was heard muttering about gender neutral toilets.

Though an earlier arrest was made, police have since confirmed the suspect was not the man they were looking for, with the authorities apologising to Voldemort actor Ralph Fiennes for the inconvenience.