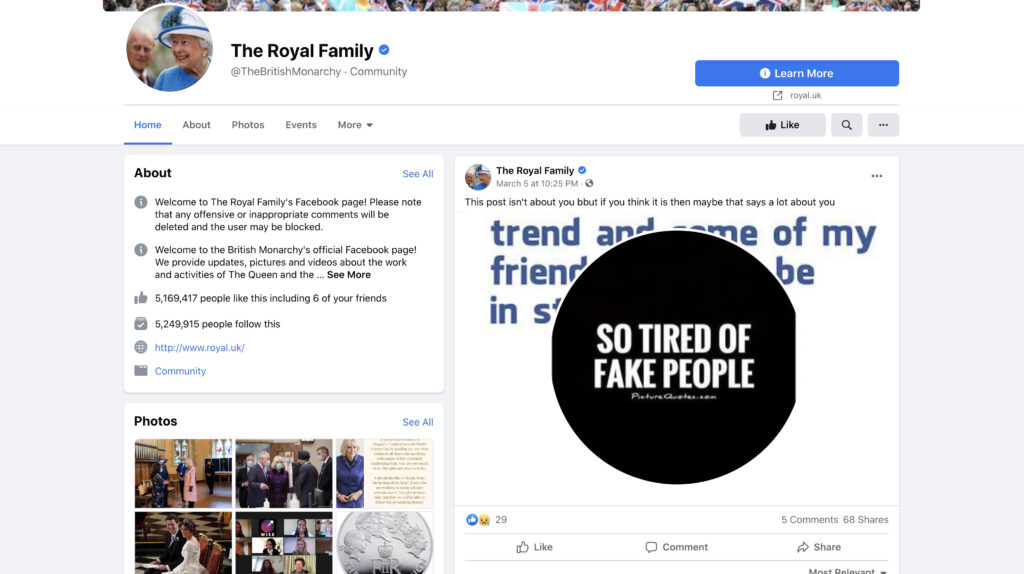 Queen Elizabeth has issued a warning to her grandson not to expect a card with ten pounds in this Christmas. Instead, per sources, the exiled royal will be getting jack shit.

“She is absolutely livid,” said one palace insider. “She’s been going around telling anyone who’ll listen that he can forget about his ten quid and he’ll be lucky to get a phone call on his birthday.

“William will absolutely still be getting his ten pounds,” the source continued. “He’s been a good boy, married sensibly and kept his mouth shut about the deep moral failings underpinning the House of Windsor.”

The threat has poured fuel on the volatile relationship between the former prince and his grandmother. “She’s been giving me ten quid every year since I was five,” said Harry. “It doesn’t even keep pace with inflation.”