National
Scott Morrison seen at his own ‘March4TrustingWhatYourMateToldYou”
March 15, 2021 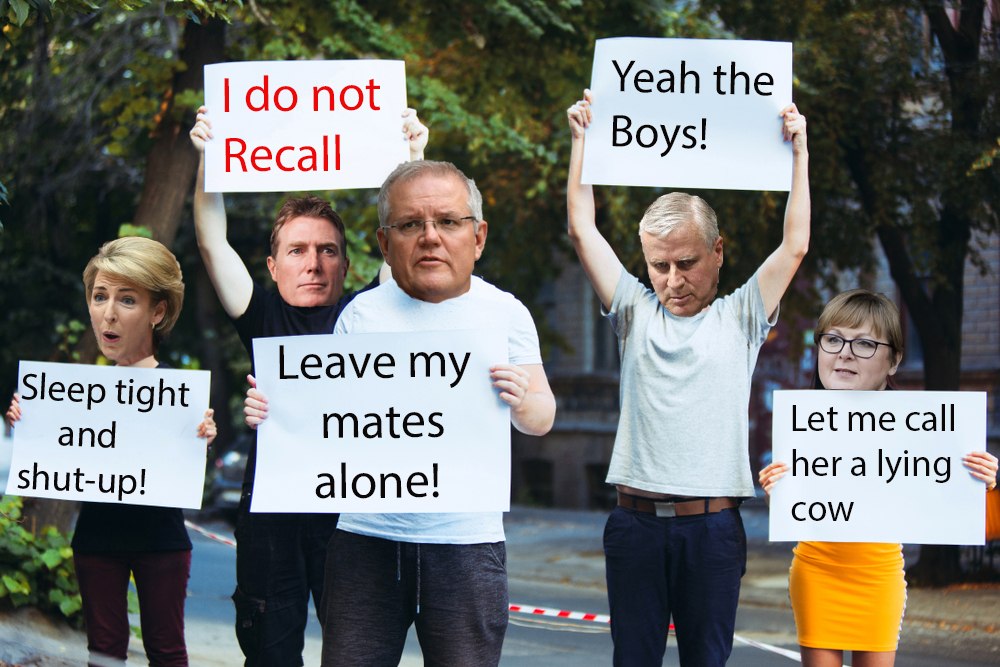 Prime Minister with a gift ‘for the ladies’ that women wish they could return for store credit, Scott Morrison has today been spotted at his own march in Canberra he calls ‘March4TrustingWhatYourMateToldYou’.

“Hey ho, we all know, it goes bros before hos!” chanted the PM after saying he is just far too busy to spend 10 whole minutes at the March4Justice, yep that’s definitely the reason.

“We are here today to say enough is enough, real top lads are getting tired of always having to cover-up rape. It is exhausting. My mate said he didn’t do it and that is that. We demand justice! That means rule of law, specifically criminal law, specifically if the police press charges and he is found guilty in a court of law. That is the rule of law I mean and no-other standards that exist within the law!”

“This won’t be the end of the, the lads of this party and the media will be back again with future marches. We have already planned a few; March4TheBoys, March4JusticePrevailingByNotInvestigatingTheMatter and March4JustShut-UpAlready.”

“What do we want? Inaction! When do we want it? Forever, unless any ladies want to meet up in our offices behind closed doors!”