loading...
National
Shock as Scott Morrison reveals he was secretly Anthony Albanese all along
1st of your 1,000,000 free articles this month 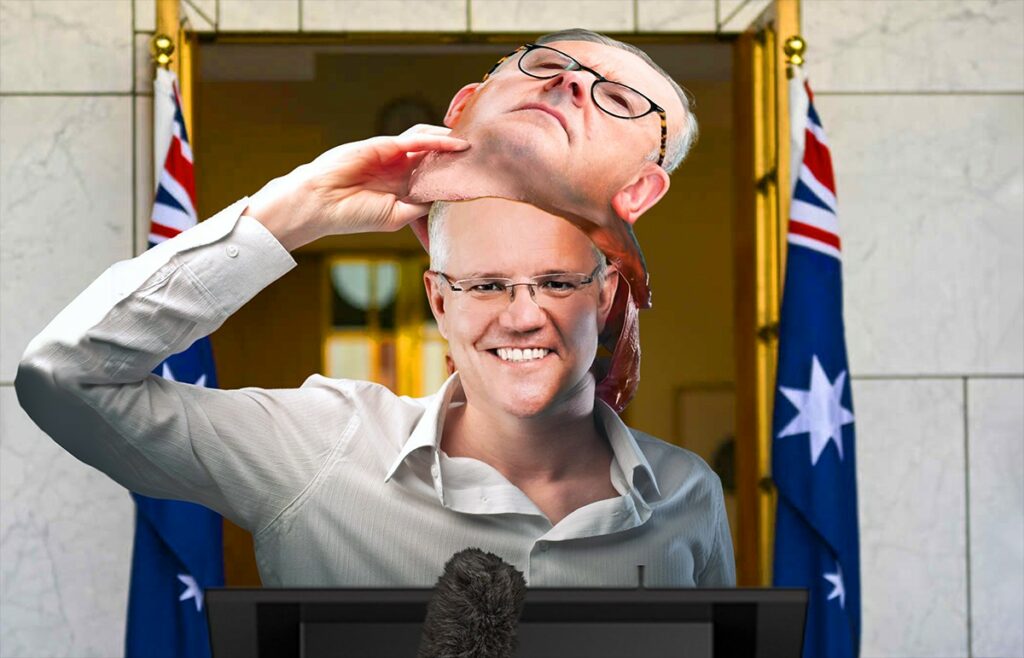 The few members of the public that aren’t secretly Scott Morrison were left in shock today, after it was revealed that Morrison had secretly appointed himself leader of the opposition and taken on a dual role as Anthony Albanese in 2020.

“It’s all perfectly legal,” explained Morrison today. “I ran it by Governor General Scott Morrison, and he said it was fine.”

“It makes perfect sense,” continued Scott. “The Labor party is all about representing workers, and who knows workers better than a man working 12 jobs at once? I’m pretty much half the Australian workforce these days, I basically need a union just for myself!”