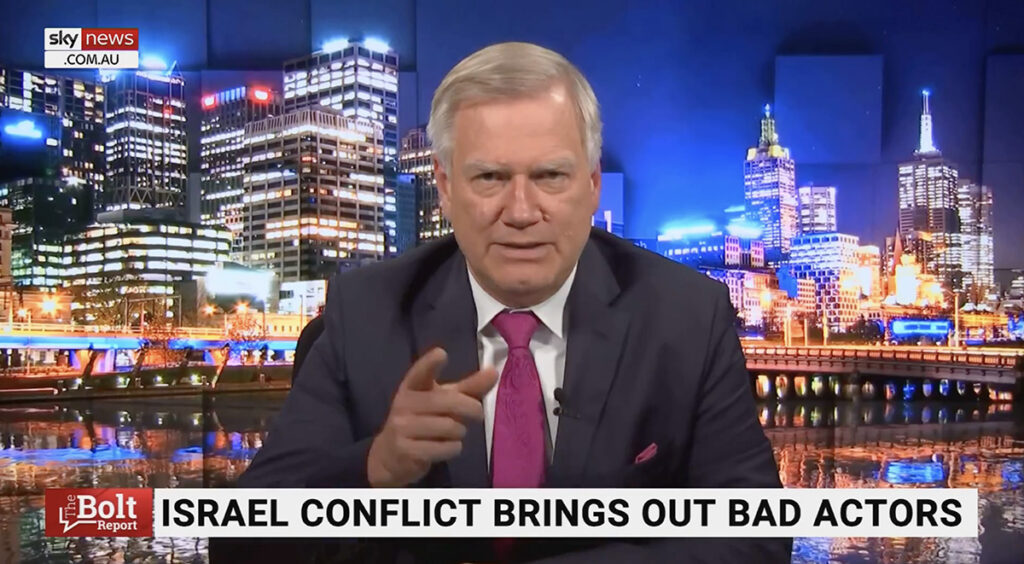 Champions of peace and inciters of love Sky News Australia have today called for Australia to put their differences aside and stop the spread of anti-semitisim, by uniting over their shared hatred of all things Islamic.

“Our public service is to the peoples of the Israel who have been swept up in these dreadful anti-Semitic attacks,” said Rowan Dean. “The amount of xenophobic abuse directed towards white people in the Middle East is just heartwrenching. If we want to see a peaceful outcome, we need to go back to typecasting all Muslim peoples as terrorists.”

Sky News approached the National member for New England Barnaby Joyce for balanced criticism of the geopolitical conflict. Speaking from both an ethical and literal high-horse, Barnaby sensitively likened the people of Israel-Palestine to a “turd in my toilet” during his appearance on Q+A on Thursday night.

“We are so thankful to have someone has a cool-headed and faithful as Barnaby Joyce in this country. Look at what’s happening in America – they’ve got radical left Joe Biden embracing an anti-Semitic agenda. Where’s George Bush when you need some unnecessary fear-mongering?” said Rowan.