loading...
National
Starving Africans relieved to learn that only white people experience poverty
1st of your 1,000,000 free articles this month 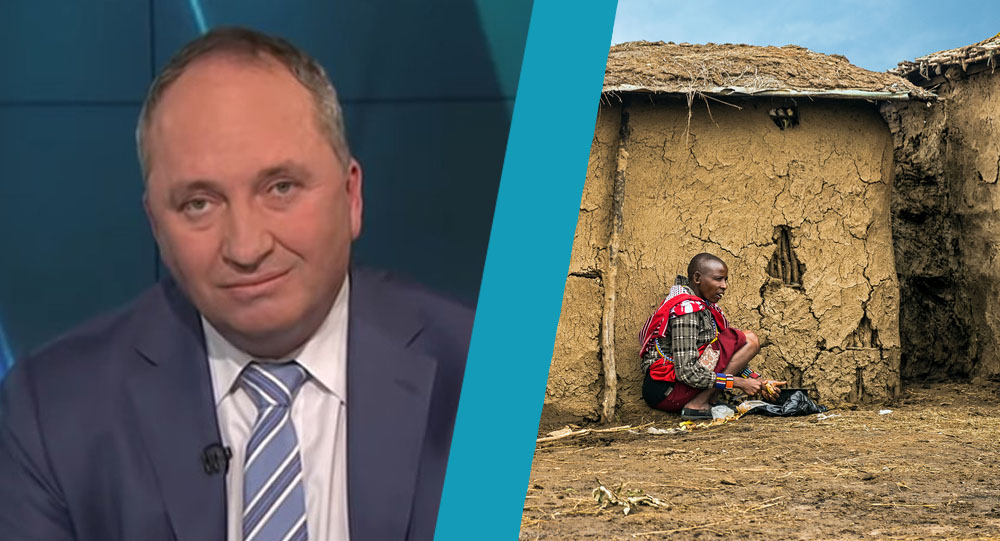 Starving children across the world were relieved today to learn that they actually have it pretty good compared to many white people, after hearing that former Deputy Prime Minister Barnaby Joyce had dedicated his memoir to struggling poor people who “in many instances are white”.

Mr Joyce’s comment came in reaction to questions from the press about why he had decided to launch a tell all book about his affair, complete with a national media tour, only months after repeatedly requesting the media stop talking about his affair. “Well, it’s not a memouir about me.” explained Joyce, apparently completely misunderstaing the entire point of a memoir. “It’s a memouir about trying to look after people who are poor in many instances they’re white and we’ve got to come up with policies that take these people ahead.” said Joyce, while randomly picking words out of a hat and reading them aloud.

The comments are just the latest in the cycle of scandals that make up Mr Joyce’s life, ranging from the time Mr Joyce helped out struggling farmers by threatening to kill Johnny Depp’s dogs, to the time Joyce looked out for the average working Australian by taking a $40,000 cheque from Gina Rineheart, to the time he addressed the worries of drought stricken farmers by having an affair with a juniour employee and then denying he was the father of her child on national TV.

“I’m just glad to know there’s still someone in parliament who’s got our back,” said one drought-stricken farmer. “Baranby’s always focused on improving life for country people, you know, in between his frequent national book tour appointments that is.”

“Sure the bloke may have denied climate change while sitting in the nation’s parliament, contributing in a large way to now irreversable changes in the global climate that will cause worse periods of drought, and increased hardship for farmers in years to come, but you know he also often appears on TV wearing an accubra so it all balances out.”