loading...
National
“Thank you Brittany Higgins for coming forward” says party that called her a ‘lying cow’
1st of your 1,000,000 free articles this month 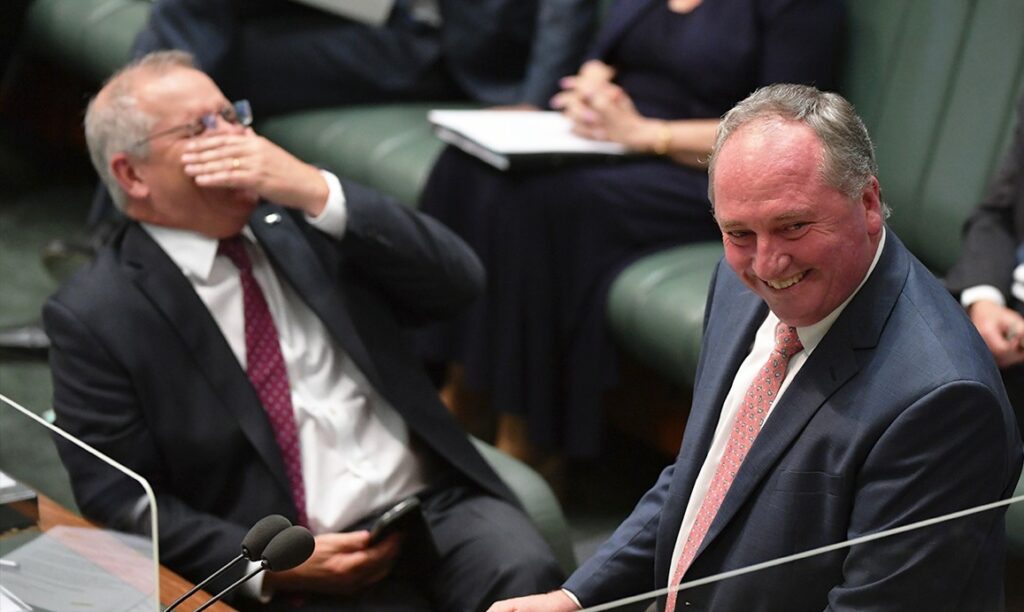 Prime Minister of the boys club Scott Morrison has responded to the Jenkins Report into the workplace culture of Parliament House, by thanking former staffer Brittany Higgins for standing up against those who wronged her, like the Liberal Party.

The PM, who once spoke over a female colleague in order to deny that their was any workplace culture issues in Parliament House, was reportedly shocked by the report showing 51% of employees were bullied and 1/3 were sexually harassed, after only a full calendar year of discussions about the workplace culture in Canberra.

“Brittany Higgins has been a power force for standing up to the powerful,” said the PM after getting LNP members to stop barking at women. “I am so glad people are hearing her out, unlike certain groups who previously called her a lying cow.”

“I mean what next? Trying to dig up dirt on her partner to intimidate her or forcing her out of the job? I am thankful she would stand up to hypothetical people like that.”

When asked if he will enact the recommendations in the report like ‘no more getting blind drunk when voting’ and ‘no covering up rapes’, the PM said he would need to ask Jenny for advice to know whether such extreme measures might be appropriate.