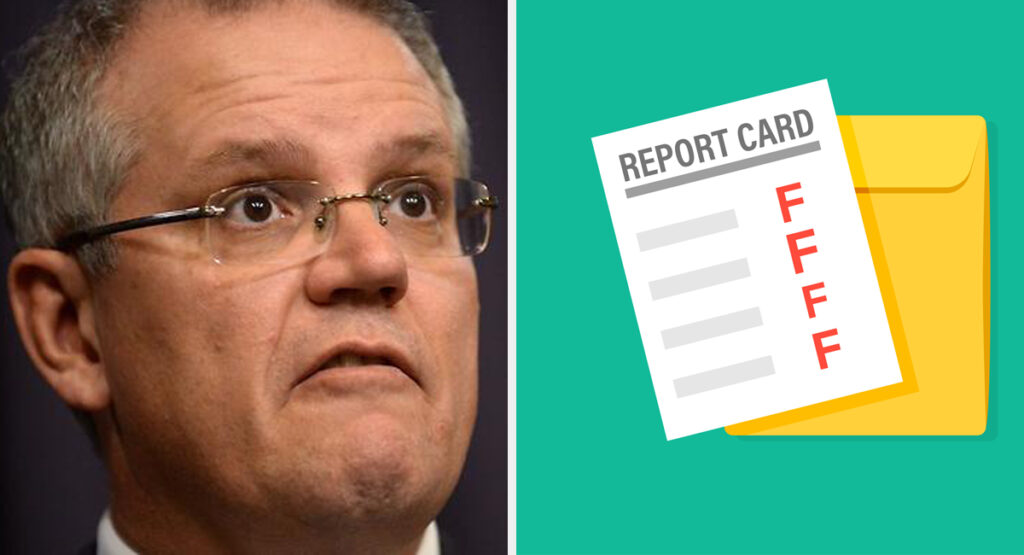 It’s that wonderful time of year again, ATAR season is upon us! Here at the Chaser we have decided to hand Scott Morrison his report card for his work during the last year, and unlike the Daily Telegraph we won’t be completely sociopathic with our ratings.

This subject has been a constant struggle for Morrison in the past when it comes to budgets and rorts, but this year Morrison has struggled even harder than normal with computing the most basic statistics when it came to the question ‘how many vaccines does Australia need?’.  F

Once again Morrison was below where one should be at his stage. Reliance of fossil fuels and a complete failure on his submarine trade assignment, has led a constant drop in his economics performance. The man seems to show no real interest in the subject, failing to apply himself to learning the absolute basics, he seems more focused on trying to impress his friends than applying himself to the work. F

This is the subject that Morrison seems most comfortable at. He has the capability to string full sentences together when he really applies himself, even if the sentence is usually ‘how good is *blank*?’ We hope that in the future he applies himself more to learning new words and at the very least changing up his catchphrase. D 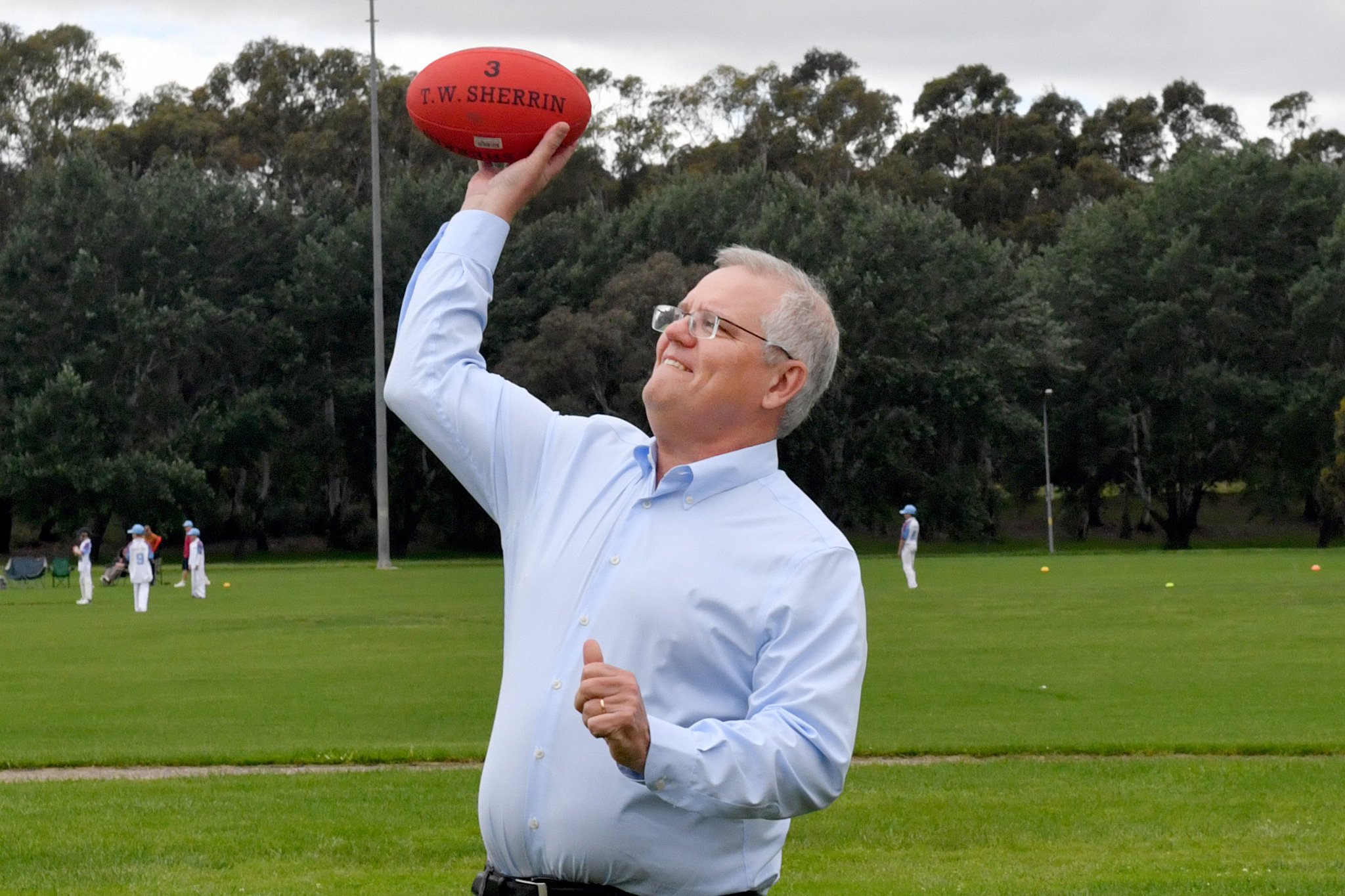 Despite the clear interest from his friend group this past year, Morrison himself seems to care very little about the law. Whether it is a federal ICAC, basic workplace guidelines, freedom of information laws or anti-rorting laws; Morrison clearly doesn’t care. F

Morrison’s work in this subject has been a cause for real concern. His lack of understanding regarding consent, women, abuse, harassment, his weird obsession with milkshakes and of course circling back to the ‘consent’ is a complete failure in every regard. F

The ‘Struggle’ Regarding the Alleged Rape of Brittany Higgins

On this subject the staff over at the Daily Telegraph gave the PM an ‘A’ which only makes sense if it stands for ‘absolutely fucking terrible’. While they originally marked it as an ‘issue’ that he has ‘neutralised’, upon co-marking we have found it a ‘fucking alleged rape of a human being that was covered up for two years from the police’ that he has ‘dragged out like an inhumane fuckwit’. Considering all this our grade will actually be ‘F————————-‘

Not Massacring Women for Protesting

This subject Morrison did actually score quite high on. While he did manage to complete all that was expected of him, he did bring up the thought of doing so which clearly was alarming for many people and as such that will be reflected in his grade. B

Morrison has been a terrible student, who does not work well with others and shows a blatant disregard for the wellbeing of those around him with the exception of the Murdoch press who also dehumanise people and do things like talking about an alleged rape as if it was a pr gaff. We sincerely hope that next year he fucks off.