National
Turnbull calls national plebiscite to decide whether to get out of bed today
1st of your 1,000,000 free articles this month 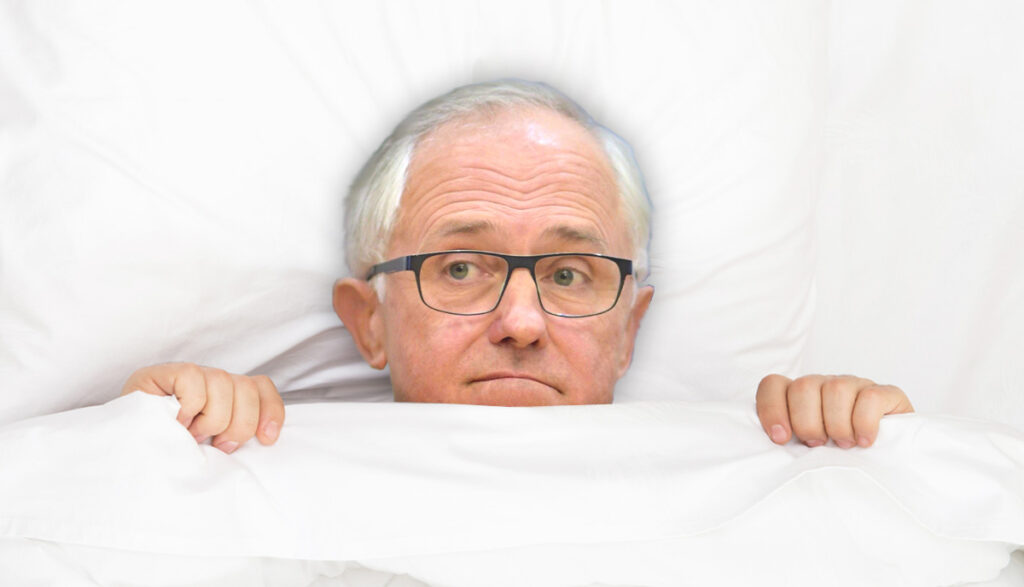 Malcolm Turnbull has today called for a national poll to be held in order to decide whether or not he, the sitting Prime Minister of Australia, should get out of bed. Stating that it was a “crucial decision which will in one way or another affect the lives of every single Australian” Turnbull called for an imediate party room meeting to be convened in his bedroom to decide the best time and date for the plebiscite to take place, with the hope that the issue will therefore be resolved decisively some time in the next eight months.

While proponents of the Malcolm-out-of-bed movement make up a majority of almost every electorate in the country, the proposal that Mr Turnbull get up and have breakfast has stirred up much controversy within fringe elements of the Liberal party, with opponents voicing their concerns that Malcom getting out of bed could lead to un-natural “dogs getting out of bed” scenarios and possibly the end of the world as we know it. Former Prime Minister Tony Abbott has also signaled his clear opposition to Turnbull placing even so much as a foot outside the blankets, for fear that Turnbull might actually get on with passing policy that the public want, a scenario Abbott decried as “a bit confronting.”

“Lets not rush into this decision and make a choice we might live to regret,” said Tony in an article published in the Australian earlier today. “Just because the Canadian Prime Minister and the British Prime Minister and the New Zealand Prime Minister got out of bed without any trouble, we still can’t be sure the same will happen in Australia. I think the obvious best path here is to stick to the plebiscite plan, ideally some time in the next six to twelve years, once everyone’s had a propper chance to think about all the reasons why Turnbull shouldn’t get out of bed, of which there are probably many.”

Despite the turmoil that the issue of the Prime Minister staying in bed has caused the Liberal Party, Turnbull has so far avoided making any executive decisions on the matter, for fear of rocking the boat and upsetting those on the far-right of the matress, who Turnbull must remain in bed with if he hopes to keep his position as Prime Minister.

“Some might say that it’s a simple decision, even an obvious one,” announced Turnbull to his frustrated wife while she attempted to change the sheets, “and maybe some people might even think that it’s a core part of my job to make decisions about things, like getting out of the bed, in order to effectively govern twenty four million people. But to those people I say, how do we know that the decision I make will be reflecting the will of the people? There are a diverse range of views on this issue, and frankly I think it’s important that everyone, from my wife here to complete strangers who spend their time tweeting insults to me on the internet, have an equal say in how I live my life.”