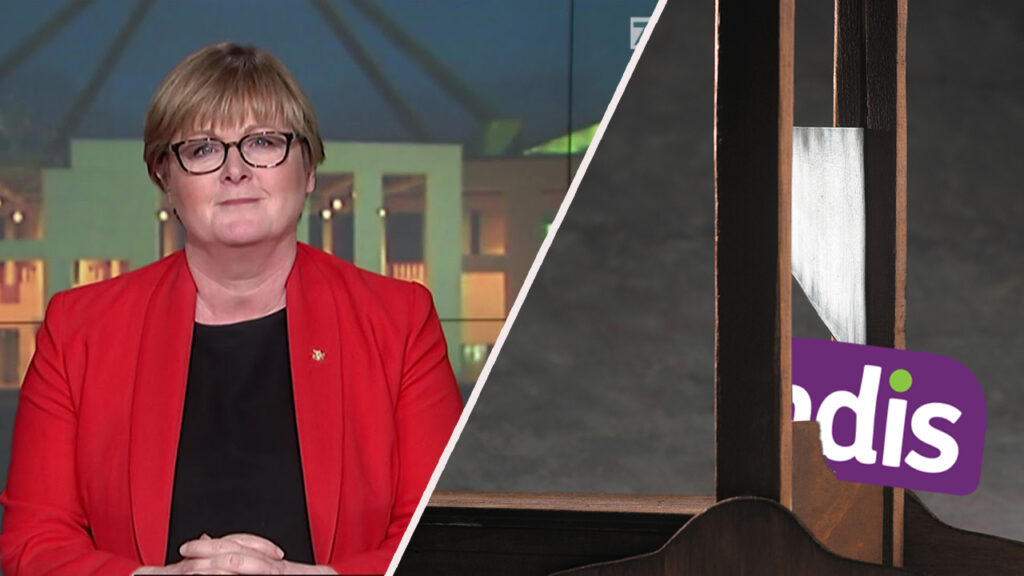 The Morrison government has once again had to defend it’s new policies in regards to the NDIS. This comes after leaked documents revealed a new taskforce designed to make sure no disabled person who is not currently on NDIS gets added to the NDIS in the future as well as find ways to reduce the amount of funding that is already being given out. The minister in charge of the NDIS Linda Reynolds took a break from recovering from the stressful work of covering up a rape to say that “We are not trying to stop NDIS funding, we are simply try to cut costs, every single”.

“The media portrayal that our government is trying to sabotage the NDIS is simply untrue,” said the minister who was tasked with saving the NDIS portfolio after spectacularly fucking up her last portfolio, “we just want to make a few changes that’s all. Just cut some cost here, stop costs from growing ever again there, and make it much harder for people to get the funding everywhere.”

“I mean all our changes are recommended in the independent review of the NDIS. You can see for yourself in the sections that the department in charge of the scheme ghost wrote and added to the original review before we published it. Ignore all the other crap from that other guy though, he thinks that we should respond to more children and adults requiring assistance than we planned for by making plans to help more people. What an idiot!”

“We are not ‘going rogue’ and trying to stop people getting NDIS funding,” claims the government who is trying to remove the veto powers that a group of disability experts have in regards to drastic changes, “we are just worried about potential fraudsters. Experts claim frauds aren’t a major issue and ‘fraud is still a crime’, but our government have first hand experience that begs to differ.”

“We take the opinions of the disabled community very seriously, that’s why 1/5th of the witnesses at their royal commission have had disabilities. I mean we almost take them as seriously as most people usually take the opinions of actual disabled people and disability experts in regards to what the disabled community needs. In our defence, how were we supposed to know you were going to start actually listening to them? Usually we just have to avoid blatantly saying ‘fuck disabled people’ to keep voters happy.”