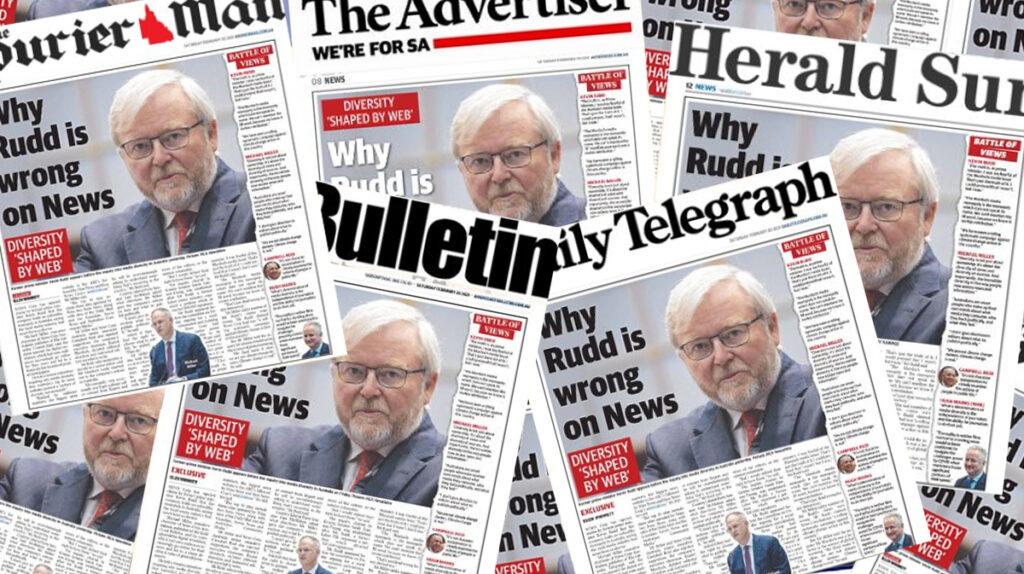 News Corporation CEO and world’s largest prune Rupert Murdoch has this week shown his complete lack of influence over the news in Australia, after 8 national mastheads all ran variation on the same anti-Rudd hitpiece, in what many are describing as an amazing coincidence. “Wow, what are the odds,” said one surprised reader. “All these newspaper editors from completely different states all decided to hold the same editorial line on this and every other topic. It’s weird how this keeps happening isn’t it?”

However, News Corp has hit back at suggestions that the front pages denying they control too much of the media might actually proving that point, with executives pointing out the papers don’t have an agenda, after checking with Rupert first to make sure that’s okay. “Australians are smart people who make up their own minds about what media they consume,” said one of the corporation’s soleless husks. “Which is why we have to rely on government handouts and money extorted from big tech companies to keep our mastheads in print.”

“It’s important that we have a diversity of views in the media, and News Corp provides an essential part of that diversity,” explained another executive. “We all know how important it is for a healthy democracy to have the largest news distributor in your country owned by the resident of another country who has no problem spreading dangerous lies if it will help his share portfolio. What ever would the national debate do without this crucial voice.”