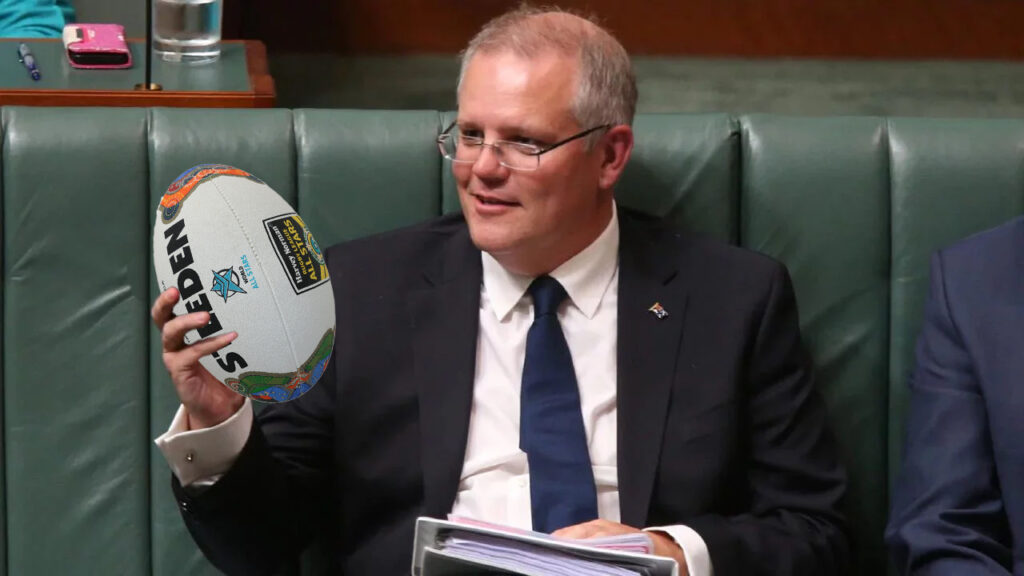 Sharkies fan Scott Morrison has today expressed fury after reports that Australia will likely be too hot for summer sports by 2040 due to climate change. Mr Morrison has questioned why it took so long for anyone to tell him there would be serious problems brought on by climate change and has called for an immediate investigation into whether anyone in his office knew about the serious issue and didn’t tell him about it.

“We must act now,” said Scott Morrison after cancelling his daily trip to Bunnings. “We must protect our future. Scientists kept saying stuff about helping the future generations, but I had no idea it would damage things that matter and during my lifetime.”

“So far my position on climate change has been ‘if it’s too hot for you, get out of the kitchen’ but I assumed sport was exempt from that. No longer will that be the case. I have spoken with Gina already, and although she had a great suggestion that we could commit hard and make Brisbane 2032 historic as the last ever Olympics. But as much as it pains me to say, I will probably be listening to the experts over Gina from here on out.”

In response the Prime Minister’s quick response to hearing of this information, Brittany Higgins has said “Oh, so you can act fast on something. That’s great.”