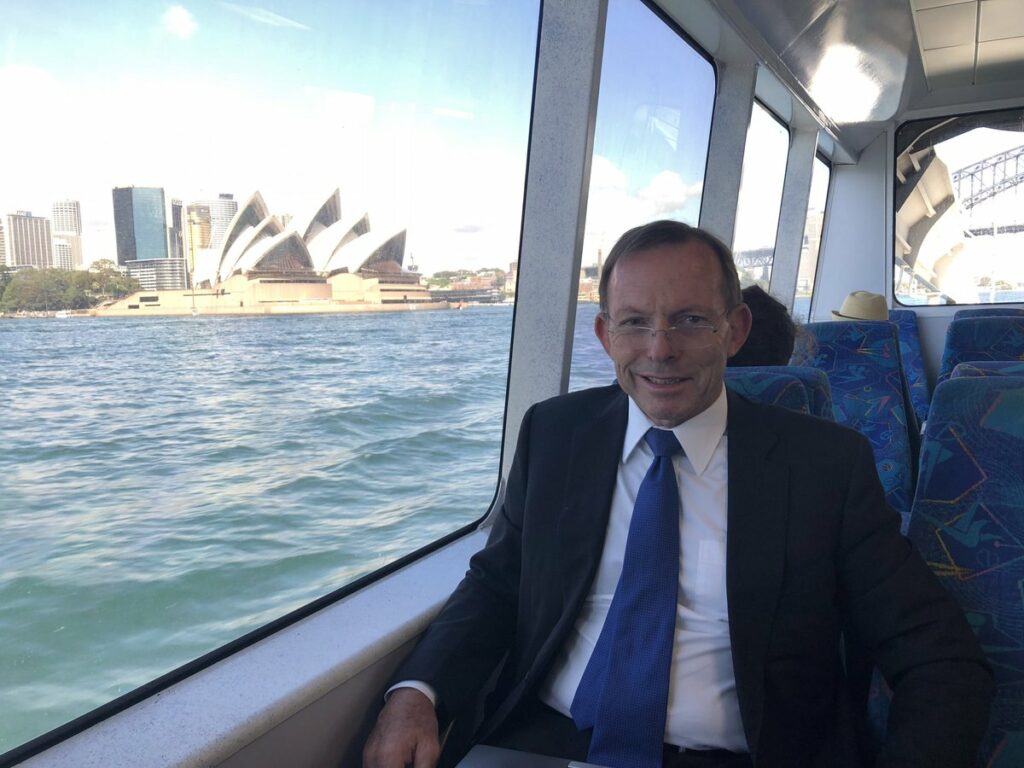 Backbench MP Tony Abbott has announced the key plank of his reelection campaign will be against boat people arriving in the seat’s main suburb of Manly.

“Manly is regularly hit by a heavy influx of boat people, aided by people paid to traffic these people,” Mr Abbott said at his campaign launch today. “It’s downright disgusting that there are people captaining these boats and getting paid for it.”

“Taking money from those that are desperate, vulnerable and optimistic enough to make the journey. They are bringing free loading outsiders that over run the infrastructure and destroy our meaning of beach culture”

Mr Abbott will be picketing Manly Wharf this Sunday, where the first arrival of boat people will be at 7.15 via the ‘Harbour Hopper’ Manly Ferry. Mr Abbott predicted the arrival will be mostly English backpackers.

The arrivals will be immediately flown to Nauru and locked up at a cost of billions of dollars to Manly residents. A straw poll of residents found that they believe this to be a ‘good idea’ and ‘definitely worth it’.

Ms Steggall refused to comment on Mr Abbott’s anti-boat people crusade, though she privately concede that ‘everyone does hate English backpackers’.