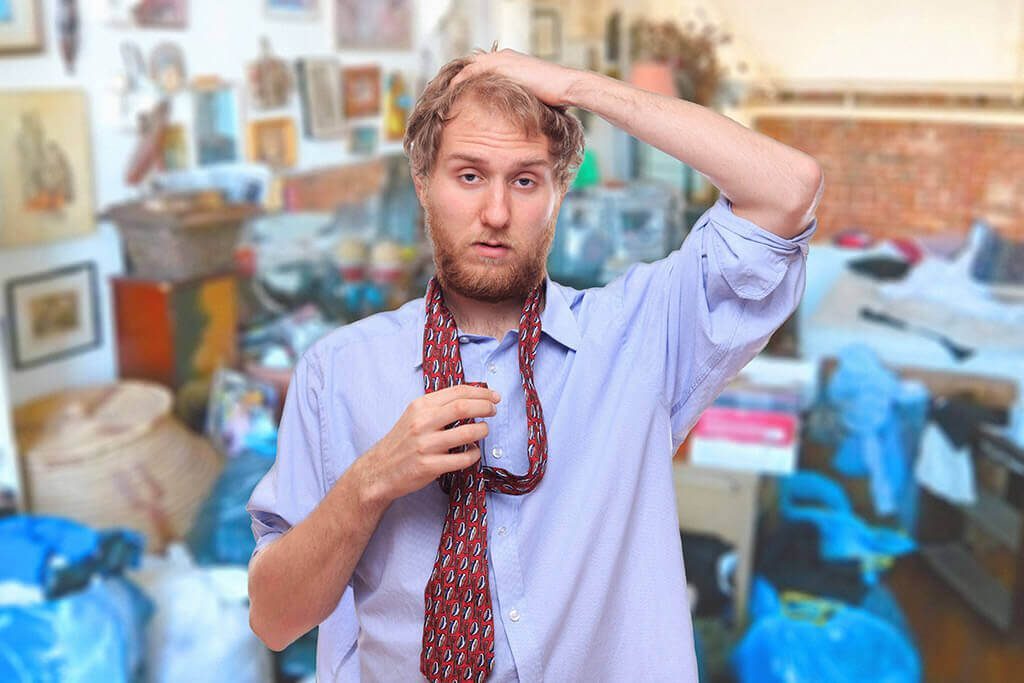 Investment banker Rob Garrus, a deeply slothful man when it comes to routine household chores, has been watching the spring/summer ready-to-wear collections like a hawk, hoping black-clad fashionistas declare unironed clothes to be in this season. “As soon as they give it the nod,” he said, “I’ll be sleeping in an extra 12 minutes every day.”

“So far I’ve bowed to peer pressure,” said Garrus. “I give my clothes a quick once-over with the iron every morning. But I dream of a day when I can pull a balled-up business shirt from the dryer, chuck it on and walk straight out the front door.”

The 30-year-old has experimented with unironed T-shirts and jeans on the weekend, even going so far as to tell a female acquaintance that prominent wrinkles were “all the rage in Milan”.

“I’ve tried telling Rob about microfibre and other modern materials you don’t have to iron,” said co-worker Paulie Diamond. “But he wants more than that. I haven’t seen him this whipped up about a cause since he convinced Woolworths to start selling pre-chopped mushrooms.”

Garrus has gone so far as to write to Japanese clothing designer Issey Miyake, begging him to take his folding and creasing philsophy one step further. “Robert makes some interesting points about effortless naturalism in fashion,” said Miyake. “But I cannot help but think his bold sartorial ideas derive not from an appreciation of stimulating the imagination through clothing, but rather from a certain personal indolence.”

Undeterred by society’s continuing dedication to smooth outfits, Garrus claims he is heartened by the new Street Pleat Chic line coming out of Paris. If his dream to be an international fashion trendsetter is realised, he intends to move onto his next personal project – launching a range of unwashed garments to be worn “fresh from the dirty clothes basket”.