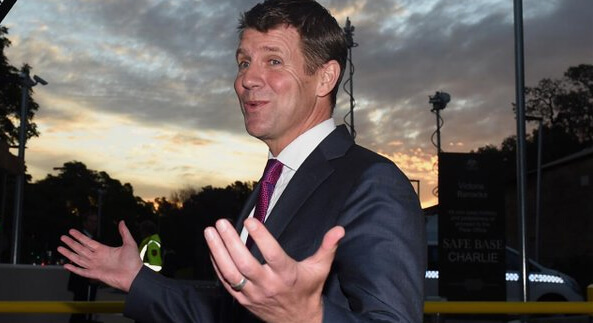 Hot on the heels of reversing his stance on Greyhounds, the NSW Premier announced today that he will take an incremental approach to his backdowns from now on.

“Instead of launching into a full-scale policy reversal all at once, from now on I just announce a series of smaller backdowns so that it will take years for my position to be completely reversed,” said Mr Baird.

Under the changes, drinking hours in Sydney’s lockout zones will initially be extended by just 30 minutes. The changes have been met with tepid disappointment from Sydney’s drinking community, whichl, admittedly, is the best response that Mike Baird has had in years.

The announcement has led to the immediate creation of a new Lockout Laws Drinking Game, in which contestants must answer the question: “How Many Drinks Can You Down in the Final 30 Minutes of The Night?” So far the winner has been the casino industry.

Mr Baird is a fully-owned subsidiary of Crown Casinos. Shares in Crown were flat.