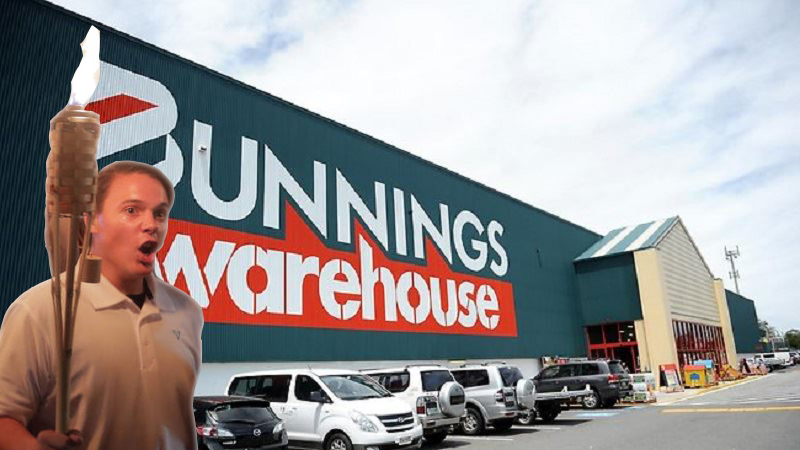 A WESTERN Sydney man was forced to defend himself from accusations of racism today after stepping up to the counter at his local Bunnings with approximately 30 Tiki torches while dressed in his cricket whites.

In the wake of recent far-right marches in the United States the torches have inadvertently become a symbol of extreme conservatism, but Dave Balzac, 29, insists his purchase had nothing to do with any political opinions or planned protests.

“I’m just having a bunch of people over for a barbie and I fuckin’ hate mosquitos,” Balzac exclaimed.

“These things are three bucks each and I get to pick up a sausage sanga too. I came down here for lowest prices, but I didn’t know they’d be the beginning of people thinking I’m a racist! Just because I bought some Tiki torches… and my ute has a ‘Fuck off, we’re full’ sticker on it next to the southern cross.”

Balzac, a labourer by day, continued to deny any perceived intolerance.

“I can’t be racist. Down on site we have a whole bunch of Islander blokes – even an Indian – and we all get along fine. Yes, I made sure none of them are invited to the barbecue, but that’s irrelevant, isn’t it? At least they’re not muslim.”