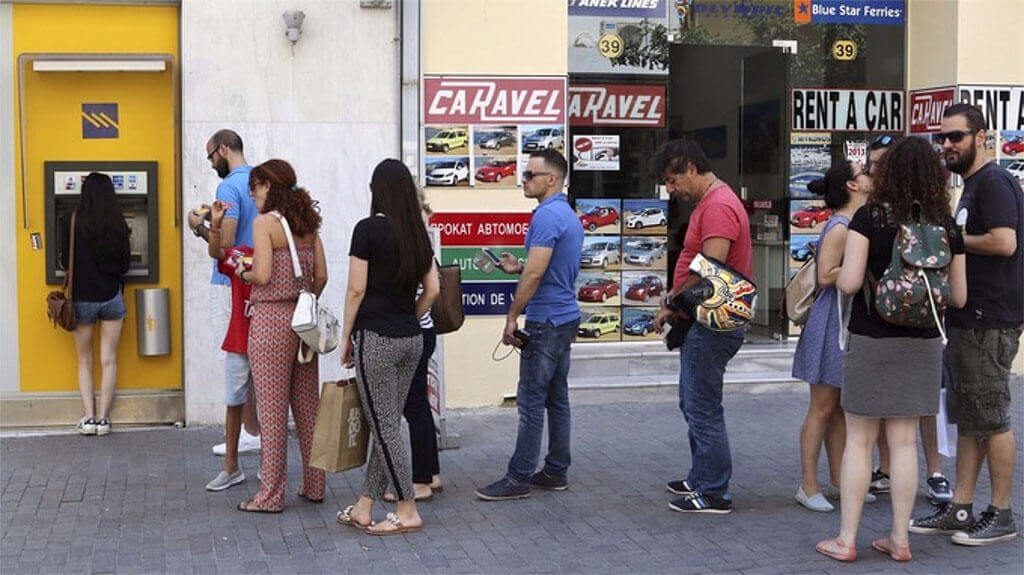 The unspoken rules of ATM behaviour were blithely disregarded yesterday, as public relations consultant Jerri Cuthbert, 23, withdrew a total of $210 from various bank accounts during what onlookers described as “a complete disregard for her fellow man”. “I don’t know how she was raised,” said disgruntled queuer Nick Mendes. “But I was always taught not to waste everyone’s lunch hour with on-screen account balances.”

The breach in social interaction began with Cuthbert standing too close to the person in front of her while he typed in his PIN. “I was shocked,” said fellow bank customer Rebecca Tisdale. “She didn’t even make a pretence of looking away from the keypad. What kind of barbarian is this woman?”

The etiquette breach continued when Cuthbert finally got to the machine. “Not only was her bankcard still in her purse,” said Tisdale, “But she looked at the ATM like she’d never seen one before. I swear she stared at the screen for 30 seconds before typing in her number. Shameless.”

Eyewitnesses claim Cuthbert proceeded to use multiple cards for multiple transactions – including account balances, three separate withdrawals and, most insultingly, a deposit. “As if that was not bad enough, the insufferable lout tucked everything back into her purse before walking off,” said Mendes.

“I thought she was finally doing the honourable thing and selecting the no receipt option,” he added, “But just as I was about to step forward and insert my card, she went back to the machine – without a word of apology, mind you. Turns out the discourteous lady just forgot to grab it.”

Adding insult to injury, the uncouth PR rep proceeded to look at her receipt in front of the cash machine before finally leaving. “There were only two people waiting when she started,” said Tisdale. “By the time she was done with her unconscionable rudeness, five more people had joined the line. That woman cost me literally eight minutes of my life.”

In the wake of Cuthbert’s actions, a Chase Bank spokesman released a statement: “We installed ATMs to make things easier and more convenient for our customers. It’s just a shame some people have no concept of using well-mannered behaviour to disguise the fact they’re complete arseholes.”

He added, “After noting the high cost of our recent ‘Determined To Be Different’ commercials, we regret sad to announce we have to close six branches.”