Pictures
Silhouette of Scott Morrison assures Australia that all possible aid will be given to New Zealand
December 10, 2019 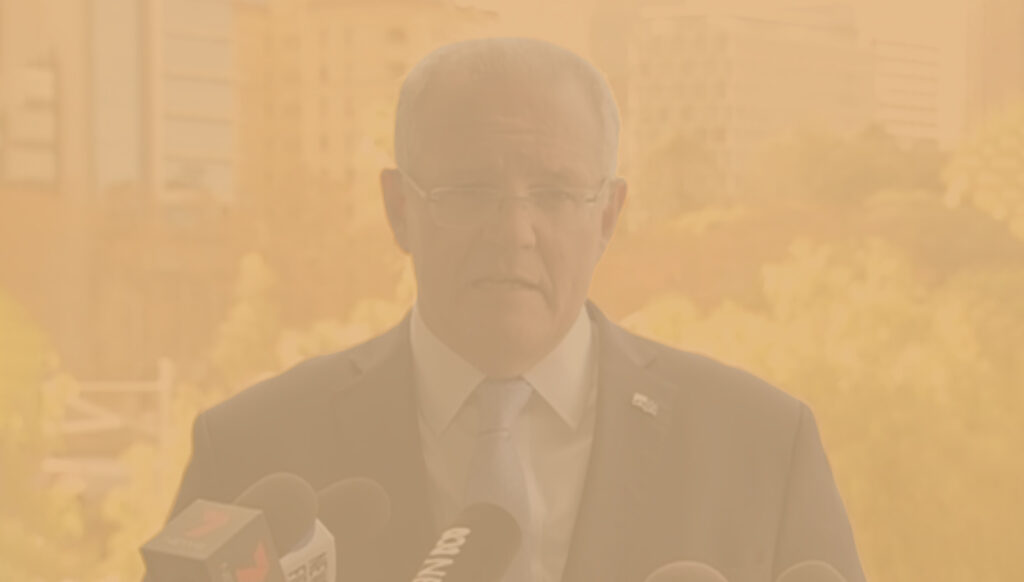 Prime Minister Scott Morrison has today taken to the media to comfort the nation of New Zealand, stating that the Australian government will do everything in its power to address the tragedy unfolding across the ditch, unless evidence comes to light linking it to climate change, in which case he will disappear for a few weeks and hope the whole thing blows over.

“Australia’s government is committed to helping our New Zealand brothers and sisters,” explained Morrison through a haze of smoke, “and that’s why we’re releasing emergency aid funds to help the Christian Lobby fight their gay marriage laws, to ensure future natural disasters are prevented.”

Asked whether he would be addressing the fact that Australia is currently covered in fires that can be partly attributed to his government’s scrapping of the Carbon Tax and their intentional hobbling of the renewables industry, Morrison shouted “Look over there! A gender neutral toilet which threatens to kill us all!” before disappearing in a cloud of smoke.

Asked what the opposition would be doing to address climate change, Labor leader Anthony Albanese said that his government were committed to do whatever polls say is most likely to disenfranchise everyone.