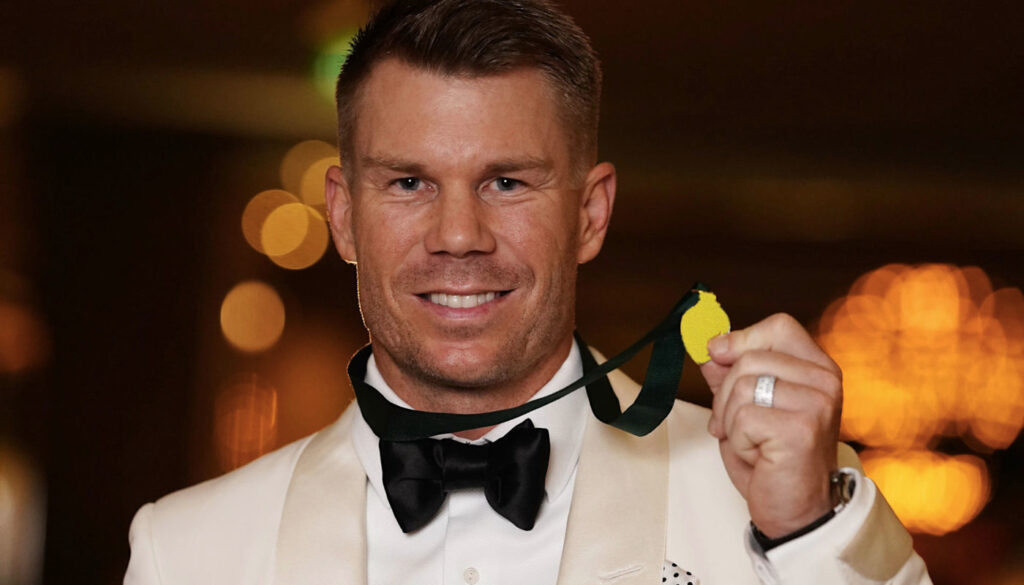 David Warner has hit back at allegations that he tampered with the Allan Border medal shortly before he was awarded it at cricketing’s night of nights on Monday.

Mr Warner was seen examining the medal, and then was caught on camera stuffing a small unidentified yellow object down his pants.

Mr Warner said that the object in his pants was just a baggie of cocaine that Michael Slater had slipped him on the red carpet.

“I ask my accusers — am I the sort of person who would tamper with something just for the sake of winning? Is that really in my character?”

Nevertheless, Mr Warner said that he would practice his crying technique in the coming days, just in case investigators uncover any further evidence.