Sport
Man in room next to tennis player about to lose his fucking mind
January 22, 2021 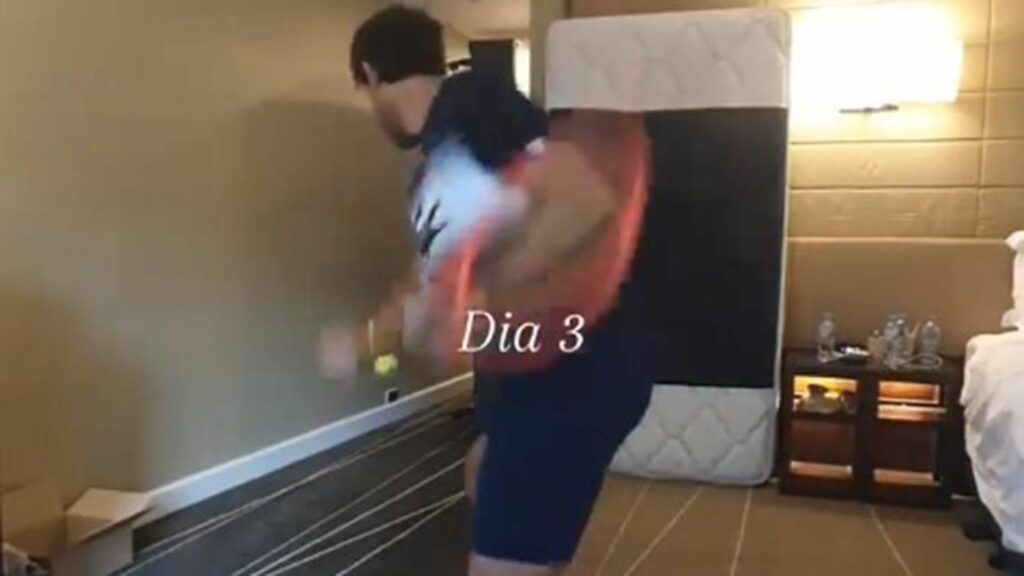 A man in the same hotel as quarantined tennis players does not find their practicing adorable, he has confirmed. Jonathan Smith has taken a break from screaming into his pillow to describe the players’ makeshift training as an intolerable fucking commotion, a fucking selfish load of bullshit, and a fucking pisstake.

“Oooh, we love the tennis players, don’t we?” said an incandescent Smith “Isn’t it fun how they keep hitting a ball against the wall, over and over and over again?”

“Well, not if you’re in the next fucking room.”

A hotel representative said they had offered Mr Smith earplugs and a complimentary bottle of Pinot Noir. The same representative confirmed Smith’s counter offer to shove them up his fucking ringpiece for free.

“All day, every day. Bang, bang, bang, bang,” Smith continued with his head in his hands. “The CIA wouldn’t put terrorists through this. You expect it from footy players. But people like Aryna Sabalenka should know better.”