WRITTEN BY
Pierce Hartigan and Charles Firth
For The Chaser 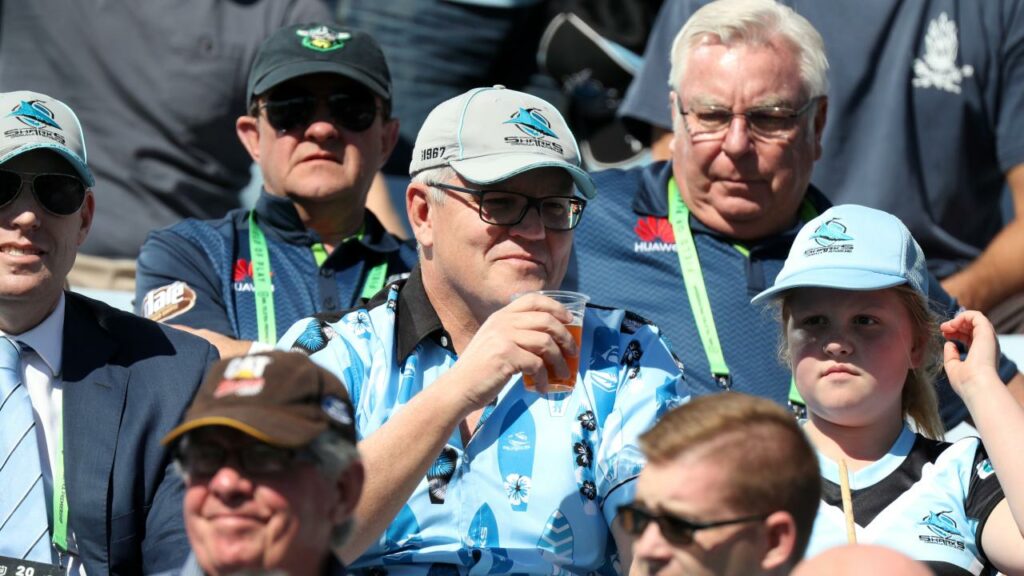 By Pierce Hartigan and Charles Firth

NRL fans have been devastated after Prime Minister Scott Morrison confirmed that he will be attending the Sharks game against the Rabbitohs on Saturday.

“I mean, I was prepared to put up with a lot of terrible things happening during this crisis,” said one distraught fan. “But having to put up with Scott Morrison’s smirk is just a step too far.”

Mr Morrison has faced criticism for delaying the start of a ban on mass events until Monday, with critics saying it’s just because Morrison wanted to go to the footy. But Mr Morrison hit back. “This ban only applies  to mass events that lots of people go to. This is an NRL game.”