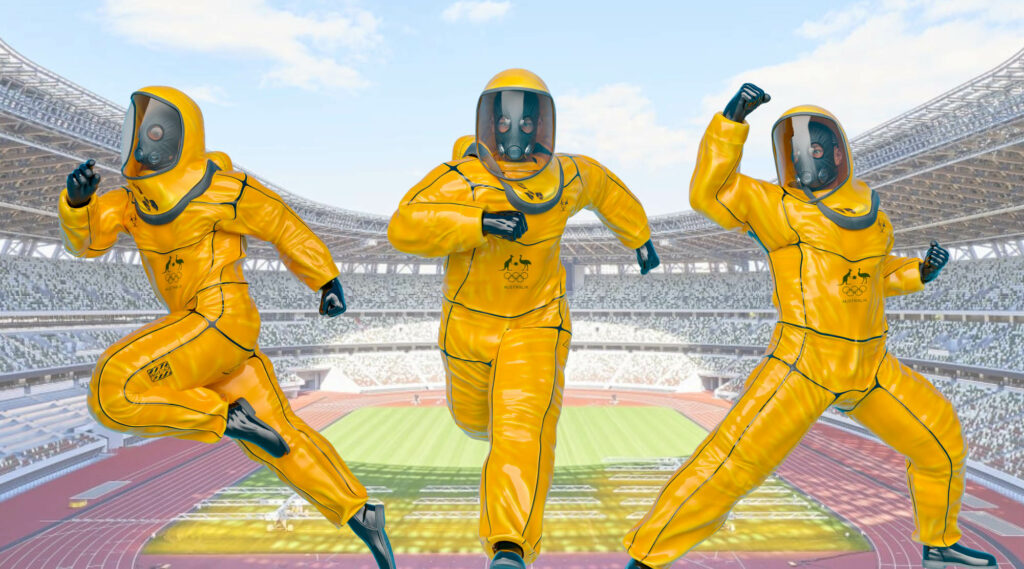 Mr Carrol took off his face mask before telling the press he is very excited to see how the full body airtight suit will improve Australian athletes’ performance. “We know our athletes will do us proud in Japan as they compete not just against other nations, but a virus as well,” he explained. “This is why all our Aussies will be donning the new ‘haz-mate’ suit for their respective events.”

When quizzed about whether the suits were practical for competing in, Mr Carrol scoffed. “People doubted Cathy Freeman’s bodysuit and she won gold! People said Ian Thorpe’s suit would never fly, and it lasted years before they banned it! I’m confident this is the extra 1% our athletes need to jump over, run past and outperform any collapsed or diseased competitor. Think of it like a full-body Stephen Bradbury outfit.”

However, the uniform has not pleased everyone, with the Australian men’s diving team complaining it will make it difficult to meet the requirements of the sport. “The whole competition in men’s diving these days is to see how little actual clothing you can without being banned from the sport for obscenity,” explained one diver. “If us olympians are forced to cover up, where are the world’s perverts supposed to go to see borderline nudity in a G-rated context? Game of Thrones? Don’t make me laugh.”

“No but seriously, don’t make me laugh, my lungs are in serious pain.”