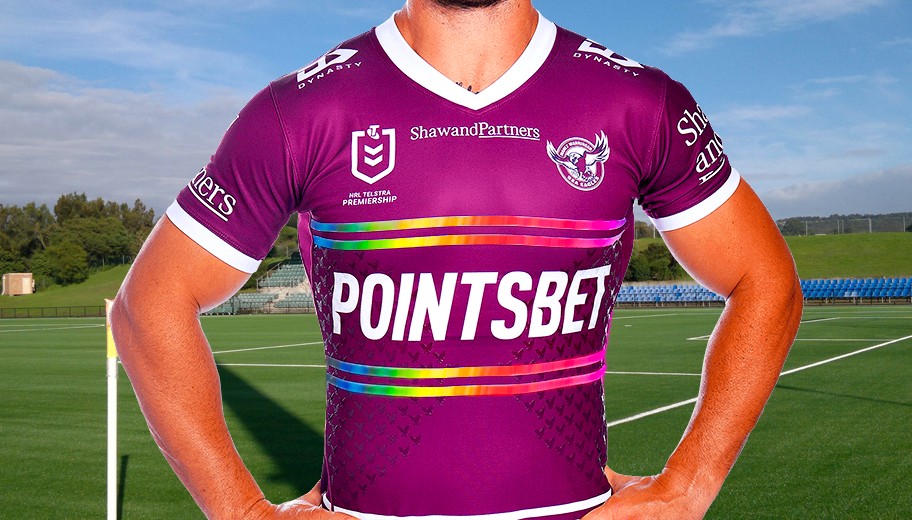 The football world has been rocked tonight, following revelations that the Manly PointsBet Shawn-and-Partners BP Bitcoin Sea Eagles would not sell out their jersey for “some cheap political message”. The response comes as members have ruled out wearing a rainbow on their uniform, for fear it would give the impression that the team supports something other than gambling and divorce lawyers.

“We can’t just strap the good name of our football code to any old cause,” said one player standing in the ANZ LadBrokes stadium today. “I won’t stand for seeing football be used to send the wrong message to our kids, and neither will my sponsor Tom Waterhouse.”

“The fact is some people on our team don’t believe that two women or two men should be in a relationship,” explained another player. “We believe men should stick to manly things, like running around a field in short-shorts, wrapping their arms around other men, getting hot and sweaty with close physical contact, and occasionally slapping other men on the ass. The last thing we want to do is something that would give the impression that we’re pro-homosexuality.”

Meanwhile the NRL has ruled out any sort of punishment for the players boycotting the uniform, explaining “these players are simply worried about tarnishing the good clean reputation of the NRL. Sorry, could we go again on that last line? It’s very hard to keep a straight face while saying that.”