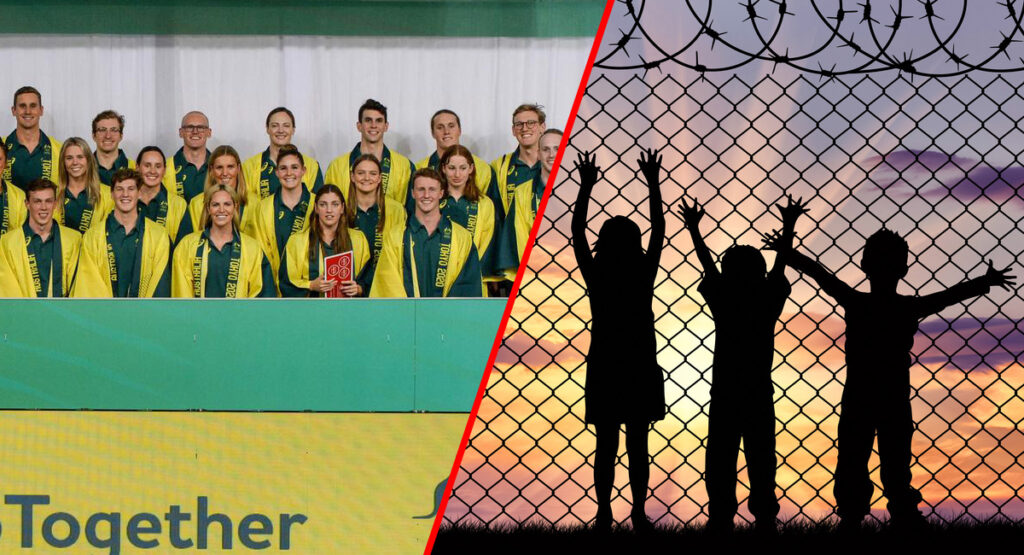 Refugee children have used one of their rare chances to speak to journalists in order to condemn the inhumane treatment of Olympic athletes by the dictatorial South Australian government, which has refused to waive the state’s quarantine rules.

The children currently locked in detention centres have slammed the Australian Olympic Committee’s statement that referred to the isolation policy as ‘cruel’, saying the AOC ‘does not go far enough’.

“How can a government be so cruel?” said a refugee who was recently told by the government that they and their kids might never be vaccinated against Covid. “Two whole weeks in isolation just because they are currently in a Covid hotspot? Has anyone told the UN about this?”

“I can’t even imagine what it must be like being one of those poor Olympians wanting to come home but needing to isolate first. I mean seriously what is it like to be in that situation. I have no idea. Isolating in a four-star hotel then actually being able to go home; it must be so hard to live like that. Is there a number we can call to donate money to this cause? Oh wait, I can’t. They took my phone away.”

Thankfully many in the media have spoken out to slam the South Australian government for its abhorrent actions in treating rich people like peasants, dubbing this ‘the worst thing South Australia has done since Adelaide’.