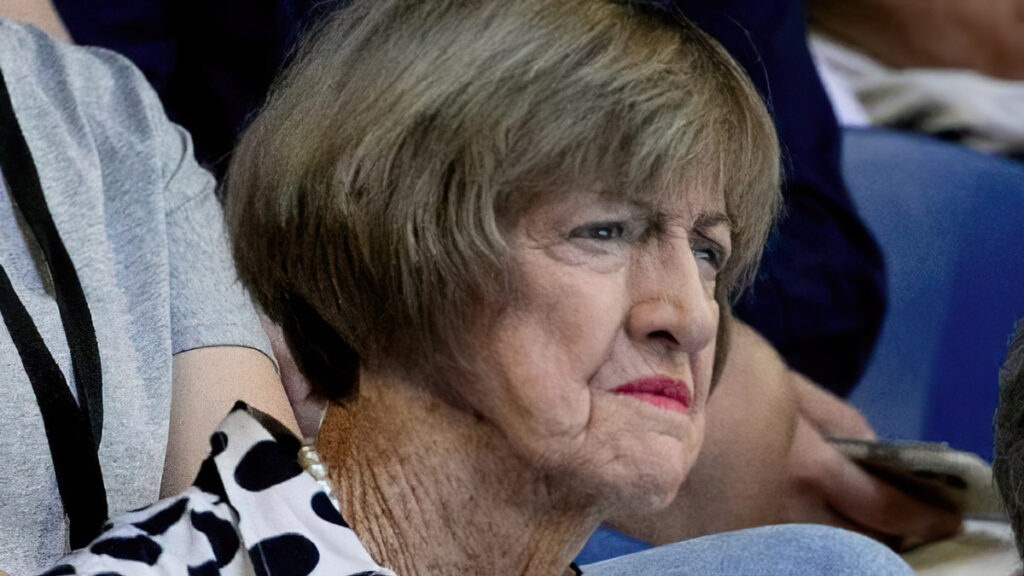 Tennis Australia has today announced a compromise plan to pay tribute to founding Australian tennis legend Margaret Court in a five star event which will thank Court for her contributions to the sport of Tennis and then ask the awful woman to never contact them again.

“We’d just like to acknowledge Margaret and her wonderful legacy on the field,” said the press statement from the association this afternoon, “but without forgetting Margaret’s equally terrible legacy off the field. Well done Margaret, you utter monster.”

Asked what he thought of honouring Margaret Court, tennis champion Nick Kyrgios said Tennis Australia is “utterly fucked” and he would not bother to show up, though he later clarified he had no idea who Margaret Court is.

Tennis Australia has also revealed plans to name a new tennis venue in Margaret’s honour, revealing the new Tennis Court in east Melbourne, which will be built free of change as an extension to the local LGBT youth centre.