World
America beginning to suspect it might not actually be greatest country on earth
July 21, 2020 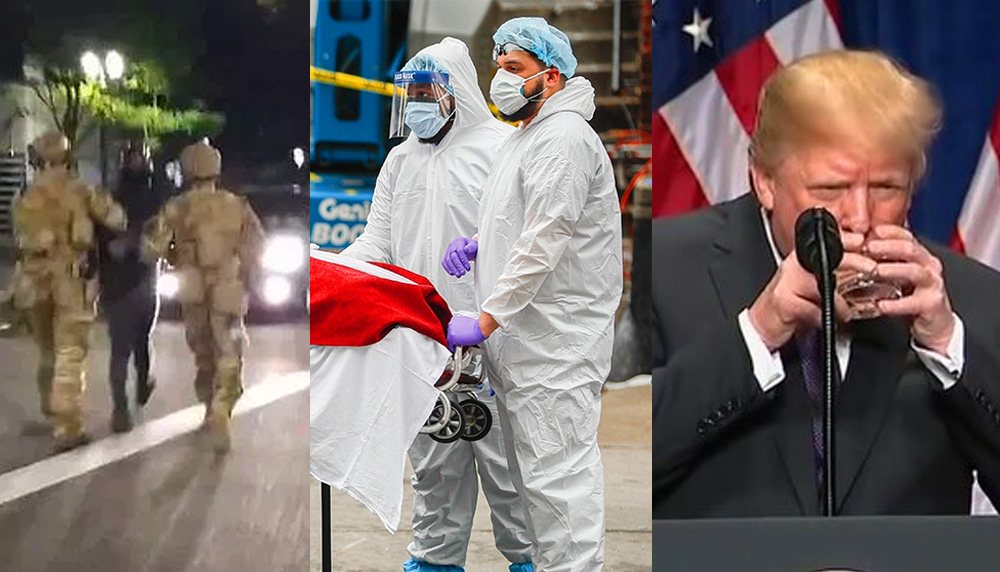 People across America dying of preventable disease in for-profit prisons where they are being detained without cause after being arrested by secret police for protesting racism have today reported that they may not actually be living in the greatest country on earth, after reflecting on the situation.

“You know somewhere between the President wanting to inject people with bleach, people being arrested on the street without cause by unidentified federal forces, and the needless murder of a black man by police over a forged cheque, I started to suspect things actually could be better,” explained one man as he waited outside the hospital for his severance pay to come in so he could afford his last shot of insulin. “And then I got a googling and I learned that in fact lots of countries out there right now actually aren’t suffering an unchecked outbreak of a virus, and actually things are pretty good.”

“They have socialised healthcare that means nobody goes without medical care, they have gun control leading to much safer streets, they have police departments that require years of training and tertiary qualifications, strong laws around election funding and political bribery, sustainable green energy, free university, months of maternity leave, strong unions leading to a liveable minimum wage, rules against political gerrymandering, strong voting rights, and personal data protection laws so social media sites can’t steal and sell every single piece of data about their lives. Basically everything that keeps Fox News hosts awake at night.”

“Gosh, it almost makes me think America is actually a terrible place. No wonder the rest of the world put a travel ban on us. Anyway, I’ve got to go, I’ve just called the police about my car being broken into so they’ll be here any minute to shoot my dog.”