World
American paying $10,000/day for respirator just glad he’s not living in a socialist hell like Norway
May 28, 2020 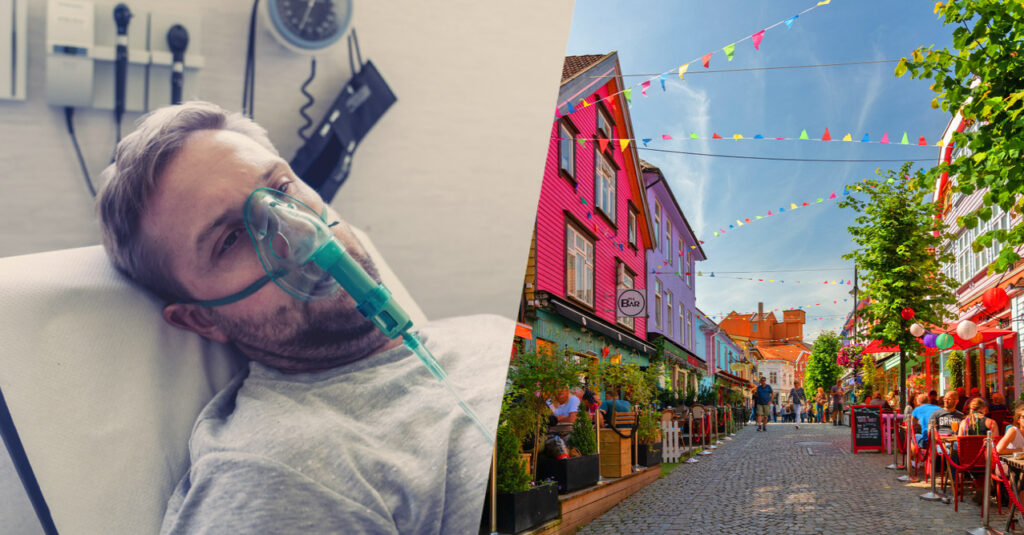 Local American Brad Jones has today thanked his lucky stars that he lives in a country that affords him the freedom to pay $10,000 a day to be kept alive on a respirator, instead of having to live under the crushing burden of socialism like those unlucky chumps in Norway.

“This is what real freedom feels like,” wheezed Brad, before being told by doctors that his insurance had denied his latest claim. “Imagine being forced to pay a small amount of your income each year to get free healthcare, instead of paying a large amount of your income each year and ending up having to pay your hospital costs anyway when your insurance company turns down your claim. God I love freedom.”

However, Brad’s children are not entirely convinced, stating that they actually would have preferred to have eaten this week. “Compared to the prospect of being homeless and not being able to afford to put food on the table because all of dad’s income is going to medical costs, having a bit of government involved in our lives actually doesn’t sound too bad,” explained 8 year old Emily. “Don’t get me wrong, I love that we’re a small part of ensuring that the Anthem Insurance CEO gets paid $15.5 million a year. It’s just that I can’t help but wonder what it would be like if that money had been spent on healthcare instead, you know? But I guess that’s crazy socialist talk. Anyway I’ve got to go collect my foodstamps for the week. Yay freedom.”