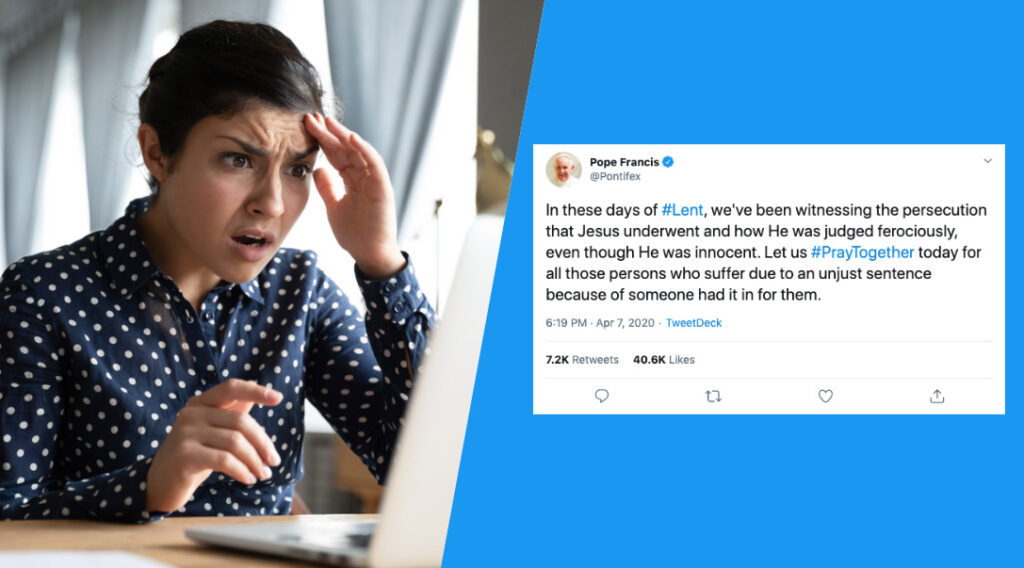 Former devout Catholic Mary Stevens has today decided to give up for lent, following a veiled attack by the Pope on a potential victim of child abuse.

“I’m sorry but that was the last straw,” sighed Mary who has now for years been struggling to reconcile her faith with the actions of the church. “How in the world an organisation could claim to be acting in the spirit of Jesus while continuing to conceal the abuse of children while defending their abusers I’ll never know.”

However, this was not the first time Mary’s faith had been shaken, with a visit to the Vatican last year also causing her to question whether the Church was upholding the values of christianity. “I was so excited to visit the Holy City,” explained Mary, “I’d dreamed of it all my life. But then to actually witness the lavish wealth that the leaders of this organisation live in, while homelessness runs rife around them and so many people have to go without. Why in the world am I tithing 10% of my income to an organisation based in a literal palace with thousands of priceless artworks and jewels, when I could be using that money to help house the poor or to provide food to the needy.”

Asked what he thought of the defection, head of the Catholic Church Goddot “God” Anderson said that he was non-plussed. “Look if you idiots actually sat down and read the bible, you’d notice I specifically said that the building you worship in doesn’t matter and all that matters is that you follow the teachings of Jesus,” he explained. “I never once said anything about listening to a bunch of men prancing around in dresses making up new rules, or giving a cut of your paycheck to them. I was all about long hair, turning over the bankers tables, and hanging out with prostitutes. Admittedly I was a bit younger and more reckless back then at only 6000 years old, but the point still stands. If you really want to be a Christian you don’t need to follow the Pope or turn up to Church. You just need to stick up for the poor, love your neighbour, and occasionally get plastered on wine at a wedding.”