World
Coroner confirms Epstein committed suicide by repeatedly shooting self in back of head
August 11, 2019 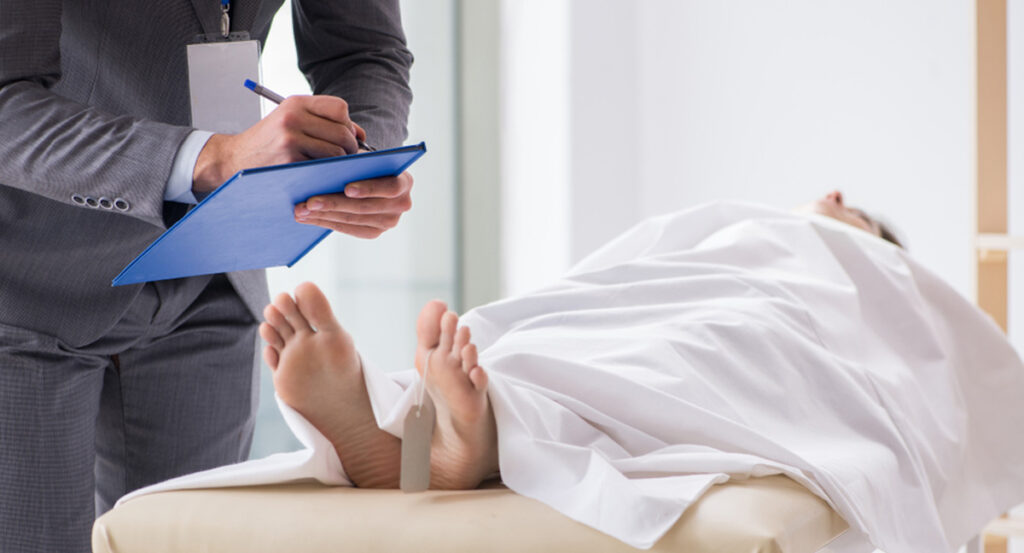 Conspiracy theories have been put to rest today, after the Manhattan Jail coroner confirmed convicted sex trafficker Jeffrey Epstein had committed suicide by repeatedly shooting himself in the back of the head on Friday, before fleeing the scene on foot.

“As you can see from the trail of bloody footprints leading out of his cell, Mr Epstein shot himself from approximately two meters away while sleeping, before turning and running out the door,” explained the coroner’s report. “While suspicions had been initially raised about the manner of Epstein’s death – this combined with the now deleted footage which I am told showed he was the only person in his cell, conclusively proves that he must have done this himself.”

However, not everyone is convinced with the finding, with some crazed conspiracy theorists suggesting that the man who held incriminating evidence against a number of billionaires, royalty, celebrities and high ranking political figures may have in fact been murdered.

“Such claims are absolutely preposterous,” retorted Epstein’s close friend Prince Andrew, “I can attest to the fact that Jeffrey was extremely suicidal, in fact he told me that while I was visiting him in his cell, mere minutes before he was found dead.”