World
Fly excited about finding its biggest piece of shit yet
October 9, 2020 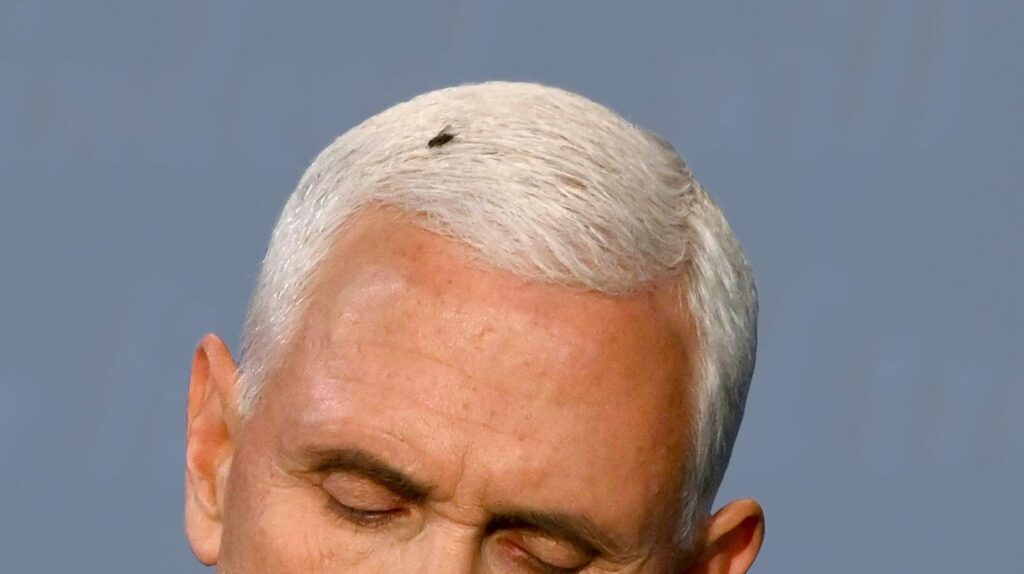 The fly on Vice President Mike Pence has reported feeling overwhelmed by the size of this piece of shit. Having spent half of his life going from one chunk of faeces to the next, fly Antonio Barker-Cooper confirmed that Pence was by far the biggest one yet.

However, Barker-Cooper was quick to point out that it was not only the turd’s size that was impressive. The 20-day old housefly explained that Pence’s character was just as important as his physical mass.

Navigating around the Vice President’s cranium, Barker-Cooper said “A carelessly-dropped dog egg might get in the tread of your tyres, but it can’t make abortion less accessible and less safe for women.”

“And I’ve never known one to oppose sensible firearms restrictions, or claim that smoking doesn’t kill you. This one really is the biggest yet!”

“I suppose none of the other pieces of shit I’ve landed on have acknowledged climate change as a threat either,” Barker-Cooper continued, “but I reckon they would before this piece of shit does.”

Barker-Cooper said that none of his friends will believe him when he tells them the story but is hoping someone will have taped the debate.