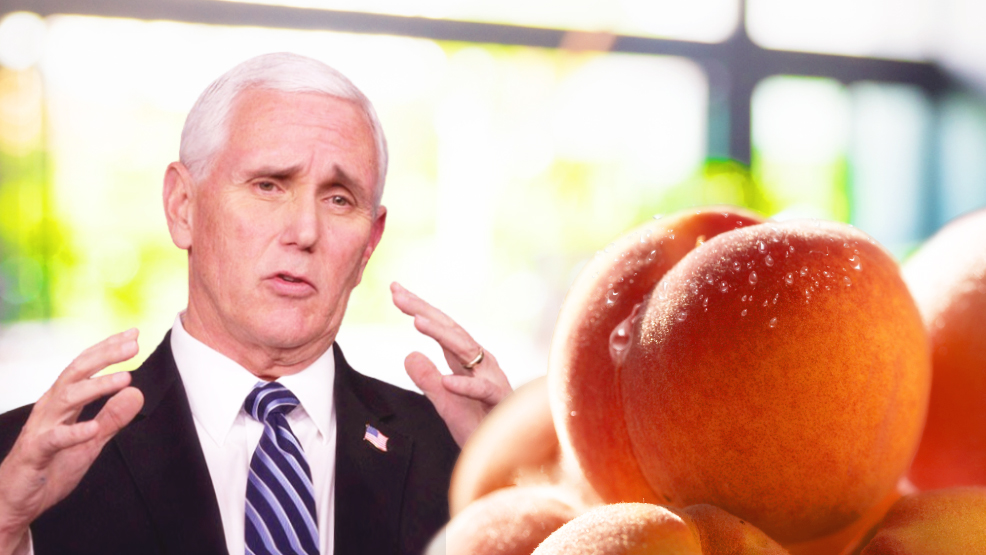 Vice President of the United States Mike Pence has been rushed to hospital today after suffering shortness of breath and hearth palpitations, symptoms doctors say could be caused by either a undiagnosed case of coronavirus, or that particularly curvaceous peach Mike walked past earlier.

Witnesses say that the Vice President appeared to have been sweating heavily, and appeared at one point to be having trouble maintaining his balance during a meet and greet earlier in the afternoon. “My what a lovely fruit platter this is,” Pence was heard saying moments before collapsing. “Why it, uh, it’s very kind of the Girl Guides to present me with this, oof, is it hot in here for anyone else? As I was saying it’s a very nice fruit platter, I mean would you look at that round, firm nectarine, just dripping with … sorry I think I just need some air and to sit down for a moment.”

A flushed and nervous looking Pence reportedly then ran out of the room, before dropping to his knees and clutching his chest upon seeing a large undulating hillside in the distance.

Pence was rushed via ambulance to the nearest hospital, which promptly gave him a bandaid and being told to walk it off, causing Mike to immediately accrue over $100,000 in medical debt.

UPDATE: Doctors have reported that the Vice President has since come to and was accepting visitors, until their get well soon fruit basket sent him into cardiac arrest.