loading...
World
Trump: “Not all Nazis are white supremacists”
1st of your 1,000,000 free articles this month 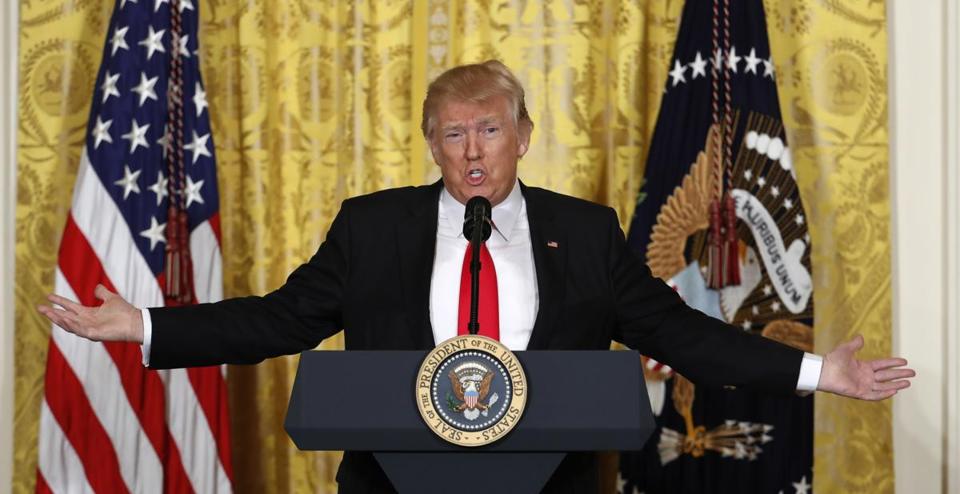 Donald Trump has today seemingly backtracked from his outright condemnation of the protestors in Charlottesville, stating “Not all white, skinhead, southern confederates are white supremacists.” Clarifying his earlier comments on the matter, in which he said all nationalist violence was unacceptable, Trump today expanded on his comments saying “Stereotyping groups of people is just wrong, it’s something I’m totally against, and something ALL leftists do all the time,” said Trump. “I mean don’t get me wrong here, I’m not a Nazi or anything, but all I’m saying is that just because a guy has a swastika tattooed to his chest, and prefers nascar to basketball, that doesn’t necessarily mean he’s a racist.”

During the press conference Trump also made clear that he wasn’t excusing the actions of violent protesters, stating that he had nothing but contempt for the “small minority of white supremacists whose actions and violence ruined a the reputation of a great rally that promoted the historical and cultural significance of the Aryan race.”

The President also lashed out at the media, stating that their inflammatory articles were doing untold damage to a “misunderstood and persecuted” demographic. “Some of my best friends are skinheads,” said Trump. “Just look at Stephen Bannon, one of my highest ranking officials, he has a swastika tattooed to his ankle and he couldn’t be a nicer guy.”