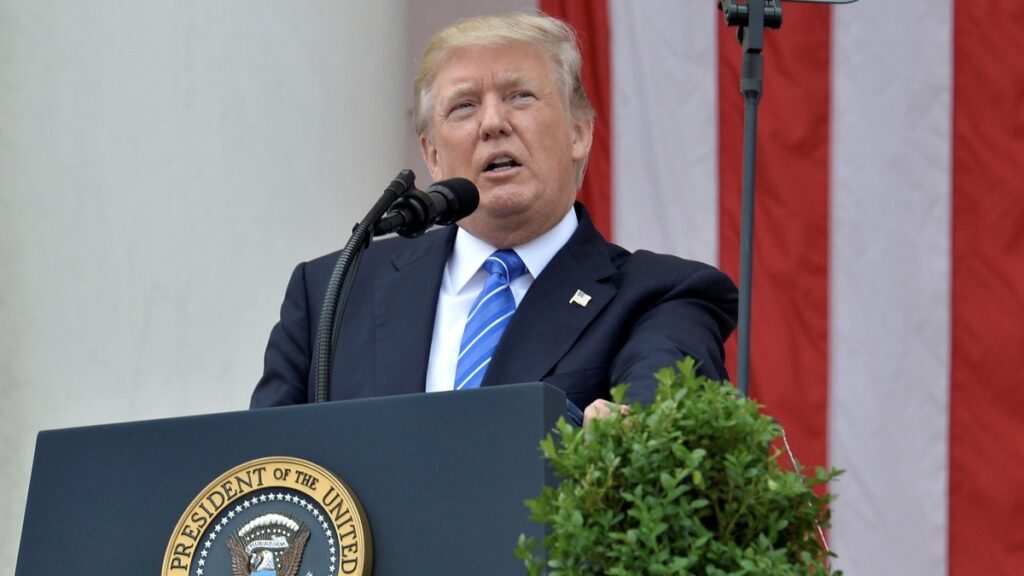 Donald Trump has responded to the announcement that the New Zealand Prime Minister is expecting to give birth to a baby in June by boasting that he is more pregnant than Jacinda Ardern.

“And my pregnancy is twice as big and four times as fast,” he said.

Trump made the startling claims after it was claimed that Ardern is the first leader of a country to fall pregnant while in power. “Actually,” he told reporters, “I was pregnant way before her. I’ve been pregnant for months.”

Democrats were at first skeptical of Trump’s claims, but decided not to question the announcement in the hope that Trump decides to take some time off to care for the baby. “He should take as much paternity leave as he wants,” said prominent Democrat Senator Dick Durbin.