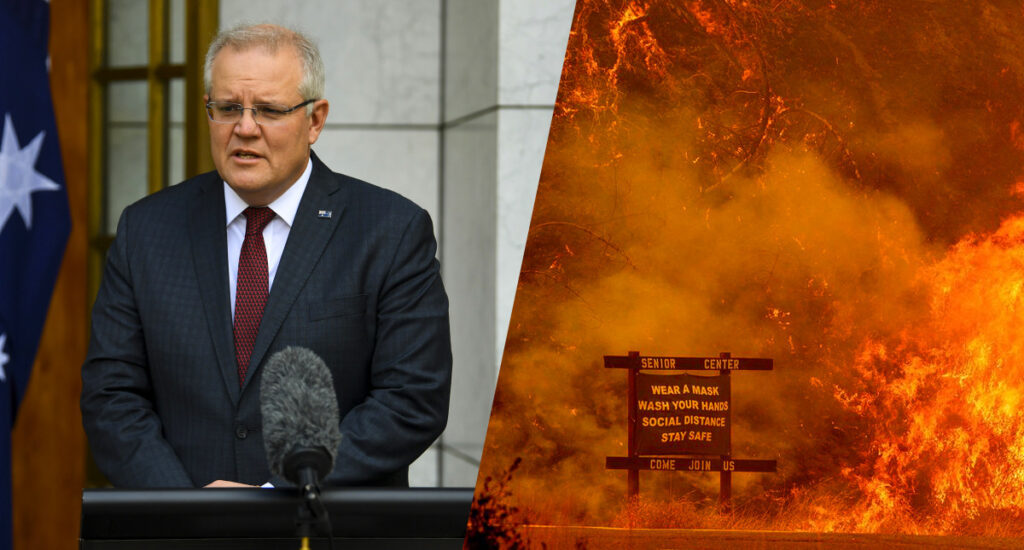 Prime Minister Scott Morrison has today offered to pledge all available resources Australia can offer in helping California battle it’s deadly gender-reveal bushfires, including an offer of firemen, water planes, and an expenses paid vacation to Hawaii for the governor of California.

“There’s a lot we can learn from Australia’s experience at home that we can contribute to help prevent these national disasters,” explained Morrison today. “For example, don’t come back from a 3 week vacation then go around trying to force people to shake their hands. They don’t like that for some reason.”

Asked how exactly a Hawaii trip for it’s leader would help California as it battles fires, a pandemic, and an economic collapse, Morrison said offering the governor a vacation was the least he could do. “And I mean that,” explained Morrison, “our donors have given us very clear instructions that if we do anything more to fight climate change we’re not getting our Christmas bonus this year, so I’m aiming very low.”

“Anyway, it’s 1pm so that’s me done for the day. If anyone needs me I’ll be in the cubby house.”