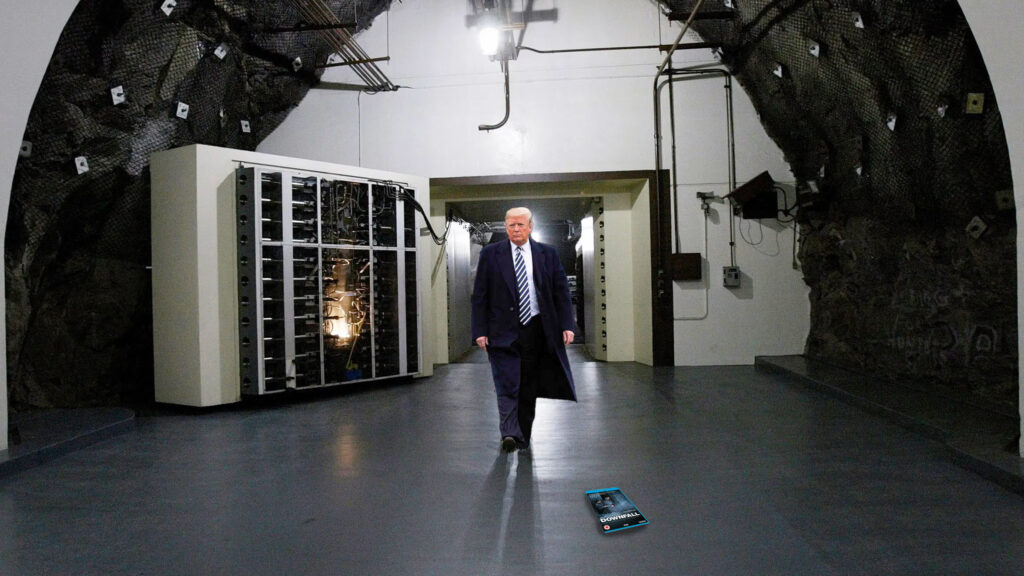 A member of the White House staff has slid a copy of 2004’s Downfall into Trump’s underground bunker. The unnamed employee included instructions for how to watch the DVD, and wrote TOP in white paint over the labelled side.

Sources confirmed the president has not yet seen the critically-acclaimed movie, and indeed has only ever watched one movie, Porkys 2: The Next Day.

A senior source said “There are a lot of people who would love to see the president, um, how shall I put this, influenced, by one of the pivotal scenes in the movie. Not the one where Hitler calls Goering a traitor. Or the one where he shouts at his generals.”

Staff have reportedly been walking past the bunker door talking about how Kim Cattrall gets her tits out near the end, and how Hulk Hogan’s favourite scene is the bit right after Hitler takes a cyanide capsule but before he is cremated.

But another source was doubtful the DVD would work. “He won’t watch it. We’re not even sure if he knows who Hitler is. We tried leaving the situation room TV on the History Channel but he ended up ordering a set of steak knives off one of the adverts and then falling asleep.”