World
“Thank you to George Floyd for choosing to be murdered so white people can learn murder is bad”- Nancy Pelosi
April 21, 2021 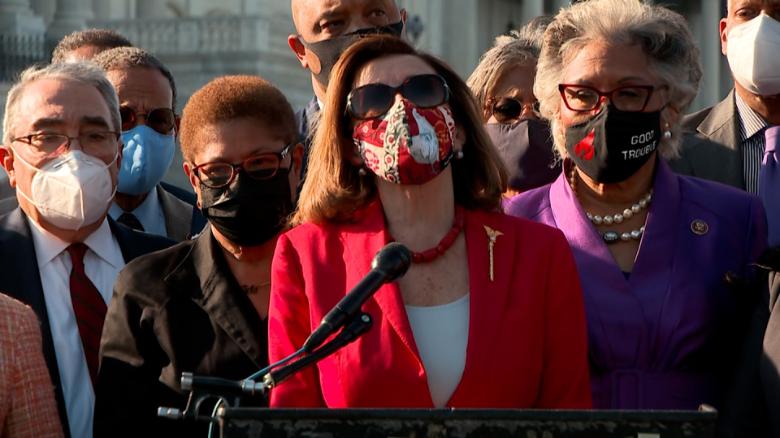 US Speaker of the House and expert room reader Nancy Pelosi has today given a touching tribute to the late George Floyd following the guilty verdict against the racist former cop who murdered him. In her touching tribute she thanked Floyd for ‘choosing to be murdered so white people can learn racist murder is bad.’

“Choosing to get himself murdered by a racist cop was such a noble sacrifice,” she said after telling everyone she had just finished watching Get Out for the 3rd time, “now white people around the world know that brutally murdering someone for being black is not a nice thing to do. He made a choice that day, the choice to have a police officer crush his throat. That is not a choice most people would make, but he made that sacrifice for us white people.”

“He died for us to learn that racism is not justice. Now some white people around the world have understood his powerful message, that racism exists and cops aren’t perfect. But we still have a long way to go, the problems are not quiet solved. My question is how many more Black people need to sacrifice themselves before police around the world start implementing the proven programs that already exist to address the issue. No seriously how many more? I am going to need to know so we can do a sign up sheet.”

“We should all pay respects for the heroic man who really took one for the team, what a man. Lets all take a moment of silence… Wakanda forever.”

She then followed this up with a tear jerking Instagram post of a black square with the caption, “RIP to the greatest teacher white people have ever known”.