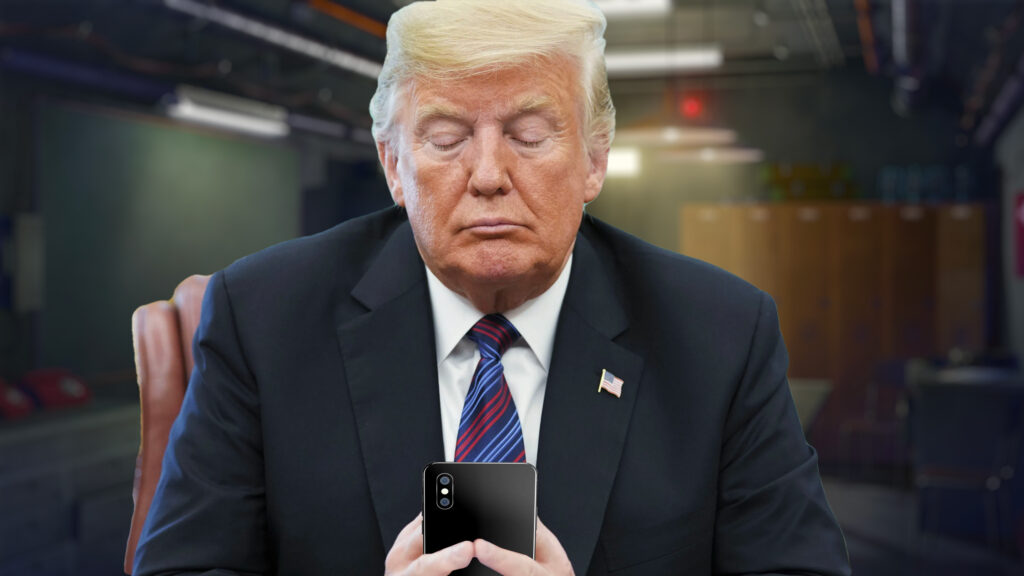 Donald Trump unleashed a flurry of furious unread tweets from the safety of his underground bunker in recent hours. Unbeknownst to Trump until recently, his tweets were unable to reach the outside world due to his bunker being 2km underground, 500m of which is concrete. The new 5G towers are famously unable to penetrate through even thin walls.

“Why is this concrete blocking my tweets?!?” tweeted a furious Trump to no one before switching tactics and shouting at his aides who could actually hear him, “This concrete would be better used on my Mexican border wall, not to keep them safe from my amazing and big tweets!”

Upon learning that physics was blocking his tweets, Trump immediately declared his free speech was being censored and demanded that physics be defunded by the U.S government.

Trump then flew into a rage as he remembered a childhood story he’d once heard about digging a hole and ending up in China. “This is why Twitter isn’t working!! Obama made this bunker so deep underground we’ve ended up in China where Twitter is blocked!?!” raged Trump while grabbing a shovel and attempting to dig up back to the U.S.