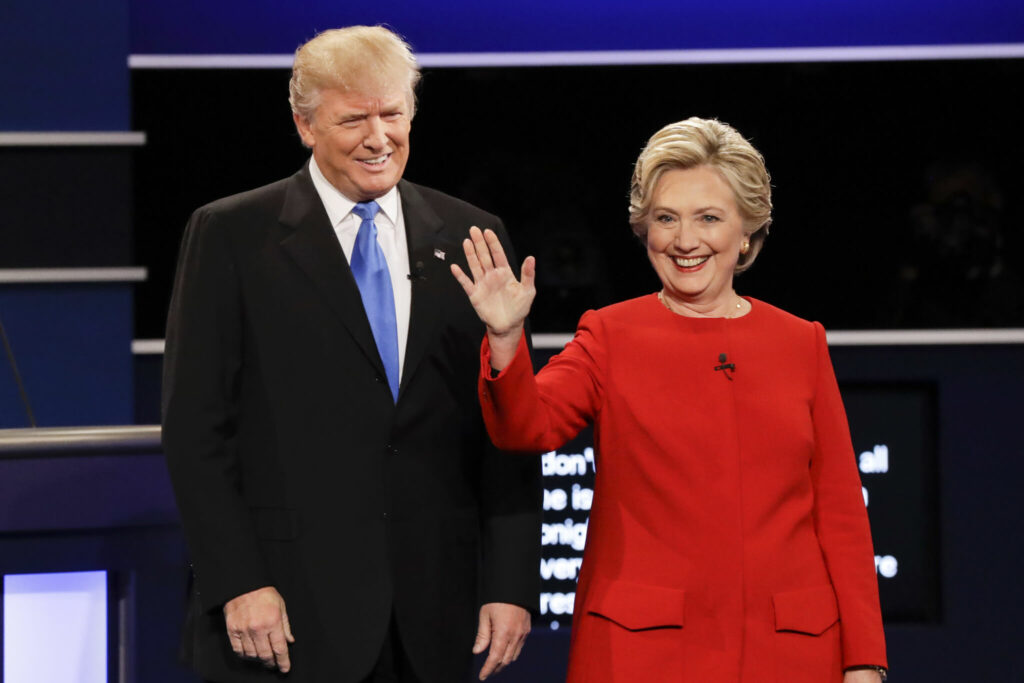 Photo by John Locher/AP
By David

THE ‘creepy clown’ craze sweeping the globe reached new heights yesterday after two terrifying, face-painted and angry-looking jesters hijacked television screens across the globe for 90 minutes under the guise of ‘the second US Presidential Debate’.

Continuing the recent trend of being off-putting rather than hilarious, the two clowns, who go by the stage names ‘Trumpy and Hilbo’, traded barbs for the duration in front of a room of frightened onlookers without a banana cream pie in sight.

“I couldn’t believe it,” said one emotionally-scarred witness. “Having these clowns roaming the streets after dark and terrorising neighbourhoods is one thing, but the thought that one of them will be running the country in a few weeks? Now that’s truly scary.”

In a post-debate poll asking who won, the public almost unanimously decided that with his orange skin, crazy hair and dangerously sexist, genital-grabbing ‘jokes’, Trump was far creepier and appeared more insane on the night.

The Clinton campaign responded to the results by saying they’ll do everything in their power to ensure that their candidate is just as ghastly as her opponent in time for the third debate.