World
USA rebrands itself as “States of America”
June 1, 2020 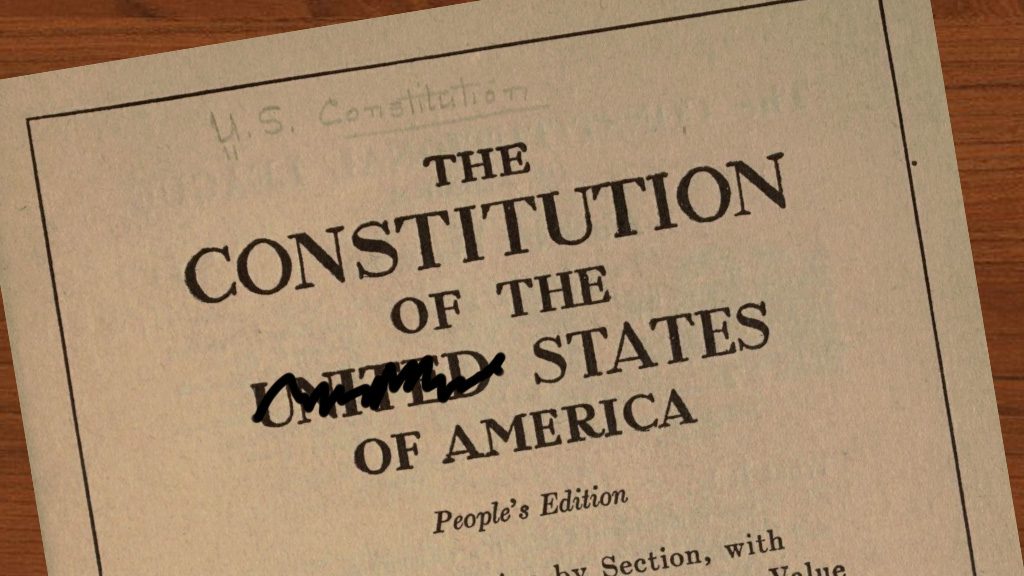 The country formerly known as the “United States of America” has undergone a dramatic rebranding overnight after the world’s top marketing and advertising minds met at the now-in-lockdown White House. Even the world’s top branding spinners could not make a case for keeping the “United” in Trump’s racially, politically, economically, socially, spiritually, culturally and historically divided America.

There was initially some thought given to keeping the name for ironic purposes as inspired by the Democratic People’s Republic of North Korea. However, that was eventually rejected, thus paving the way to the most significant renaming since Kentucky Fried Chicken became KFC and then later when KFC became both KFC and Kentucky Fried Chicken again.

Americans (those who have not fallen victim to the coronavirus or white police officers) were on brand when reacting to the name change, divided.

“What is the point of changing it? Names do not have to make sense! Do you think anyone knew what the extra N in CNNNN meant?” said one vintage Australian comedy appreciating American.

“I like the name change, the country does not necessarily do it for me but that’s a hell of a name” another said.

Whereas, the President of the now-States of America responded “FAKE NEWS!” to our request for comment, in what would be one of his few true statements.

He later responded to the news on Twitter but nobody could see it.