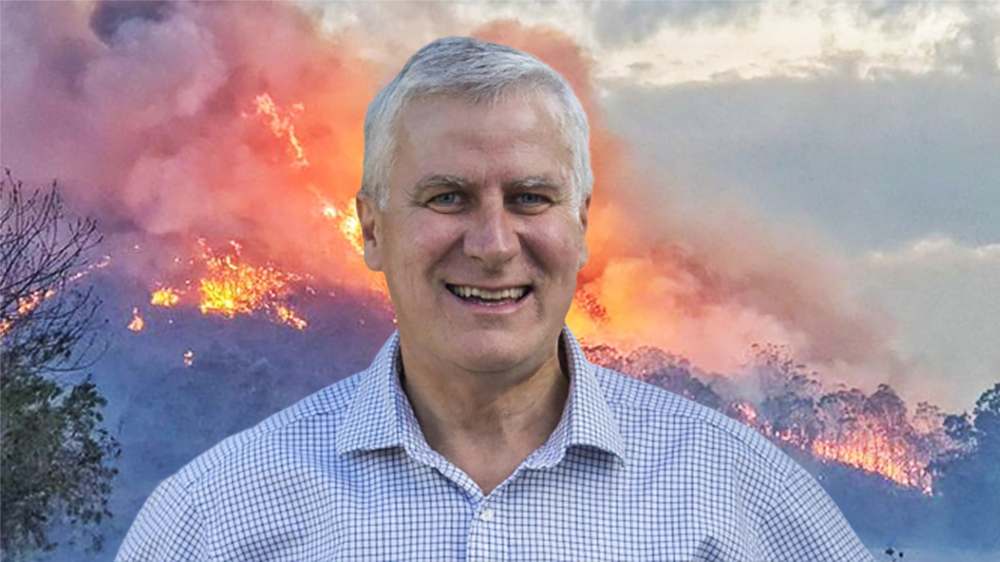 “The only people that care about climate change are raving hippie lunatics” declared Deputy PM and Nationals-Leader-When-Barnaby-Is-In-The-Naughty-Corner Michael McCormick today, while standing on a makeshift podium assembled with cow skulls and sheep bones.

“I mean, really, no one cares about the land out here in the country. It’s just a big city elitist thing,” he barked as a clump of dust ricocheted and spattered off of his tailored $2000 suit before raining down on the swirling dustbowl of nothing below.

“This is really just an inner city leftie issue. It doesn’t affect rural Australia,” he continued as the sky above him beat a fiery blood orange red while the surrounding country he’s charged with supporting burned to ash before his eyes.

“And really, now is not the time to discuss these issues. I would prefer it if these ‘woke’ city slickers would pick a more appropriate time to discuss the environment,” he complained as various species of native birds, insects, and somehow an emu, fell from the sky around him.

“And.. h… jeez it’s hot. Has anyone got a glass of water? Water.” He desperately motioned to his assistant.

“What do you mean there’s no water?”