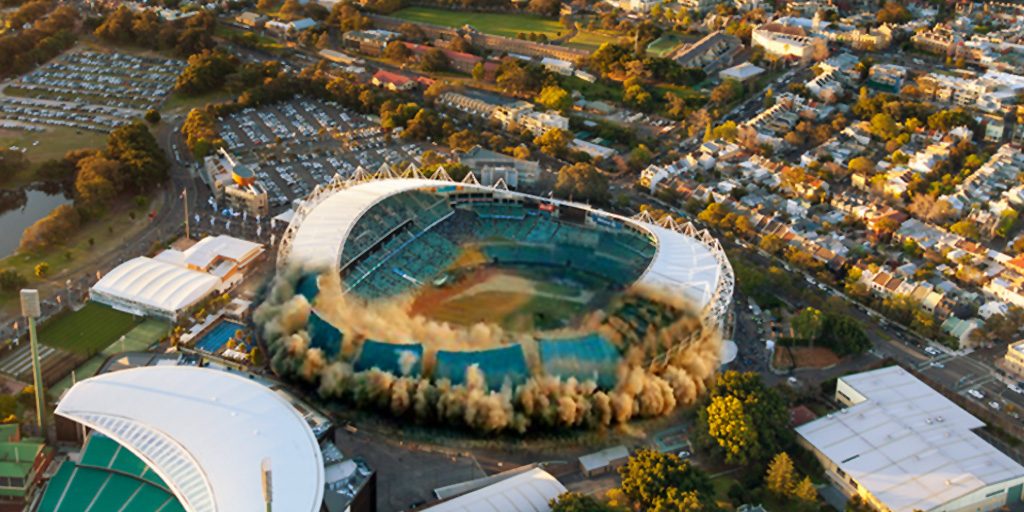 The state election reached it’s inevitable conclusion tonight after premier Gladys Berejiklian declared victory over once again state opposition leader Michael Daley. Berejiklian was cheered on by her constituents as she wasted no time in outlining the work that needed to be done.

“The people of NSW have spoken and I have heard them!” declared Berejiklian

“We’re here to get on with the job and that starts right now!”

The Premier then directed her staff to bring in a projector and dim the lights, jumping and clapping with excitement. A live feed from the city’s iconic SCG ground was shown, just as a bulldozer was seen taking out one of the historic grand stands. People were reportedly left stunned by seeing the 150 year old structure taken down.

“I needed to thank the people of NSW for believing in me, which is why we’ve just begun a $10 billion refurb of the SCG” added Berejiklian

“My opponent was all talk and no action on the subject of stadiums. A true leader will get the job done no matter who says you can’t”