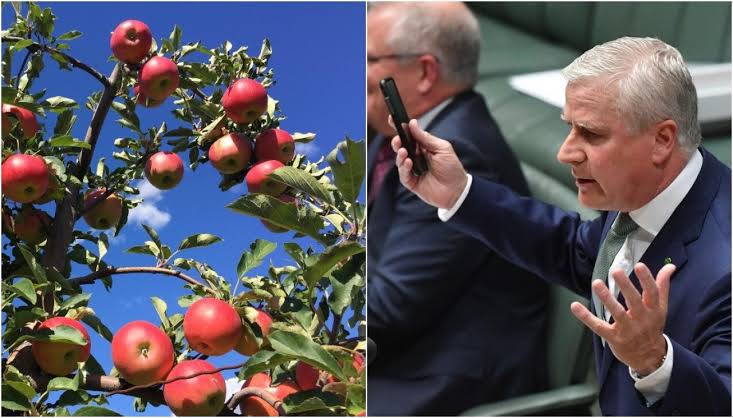 Ousted former leader of the Nationals and man deemed less component than Barnaby Joyce, Michael McCormack has announced his retirement from politics in order to enter the lucrative fruit picking job market.

McCormack has long been bewildered that young people have not flocked in their droves to the regions to cash-in on the booming industry.

“These inner city, woke, young people are too focused on their decaf cappuccinos and their Instagram stories to get their hands dirty” McCormack said from inner-city Canberra while sipping a decaf cappuccino next to his 20 media advisors.

“They need to stop whinging about political issues too!” the career-politician went on to say.

McCormack has previously sold moving to the regions to pick fruit as an opportunity to find love, despite Deputy Prime Ministers being more successful at finding love in their workplace.