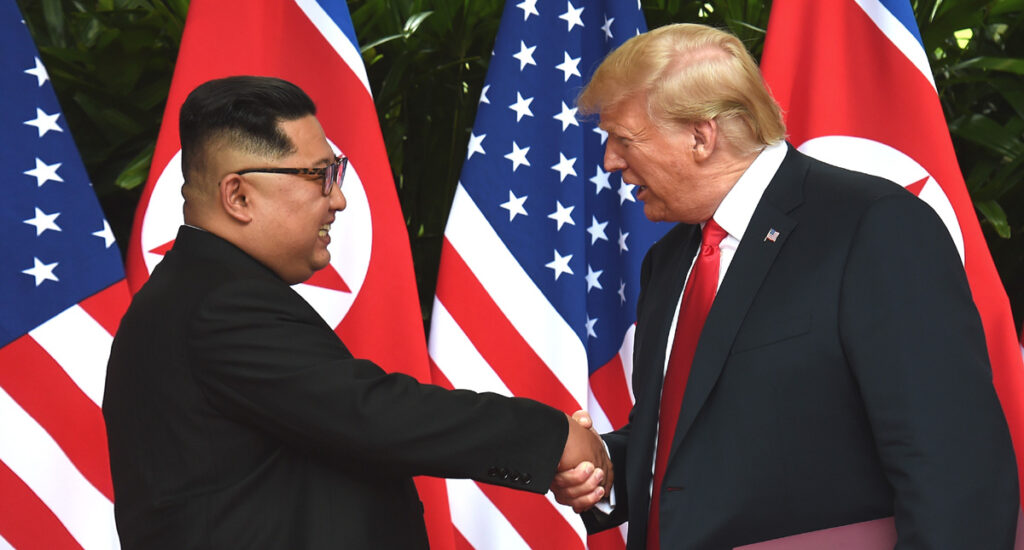 Tensions between the United States and North Korea have reemerged today, as both Kim Jung-Un and Donald Trump claim they were the “clear winner” in their history making handshake at the Singapore summit.

While Mr Trump claims the North Korean leader gave him a “wet fish” handshake, the notorious dictator hit back claiming that Mr Trump’s hands were “slipperier than an eel”, and “his hand were so sweaty that his fake tan rubbed off onto my hand, it looked like I’d been eating Cheetos all day. And I’d only had three packets!”

The disagreement over the winner of the very minuscule and, probably unimportant in the scheme of things, handshake, has completely revoked any progress made at the summit, with both leaders clearly not being mature enough to move past the incident.

The North Korean state media have ramped up rhetoric following the summit, claiming “Kim Jung-Un, our glorious and supreme leader, with hands of steal and the strength of an Ox, has dominated Mr Trump in the pivotal pre-meeting handshake, with  Mr Trump crying out for his mummy like a little girl, and our leader showing great mercy on him by releasing his hand with grace and poise.”

“If he had wanted to, our leader could have slammed Donald to the ground with more explosiveness than the nuclear bombs that we may or may not have.”

Mr Trump has personally responded to the claims by the North Korean state media, responding through the American state media outlet, Fox News, stating “Mr Un, I think that’s how you say it, Mr Un, pathetic name really, Mr Un, and you know I know people with some really bad names, but his is the worst, and he had a weak handshake that I clearly dominated, I grabbed his hands with force and will, and it was wetter than those pussy’s I also grabbed, with force and will.”

US military officials have confirmed that nuclear warheads have been set ready to deploy, as China, the UK and Russia attempt to negotiate between the two parties and prevent nuclear war, over a handshake.