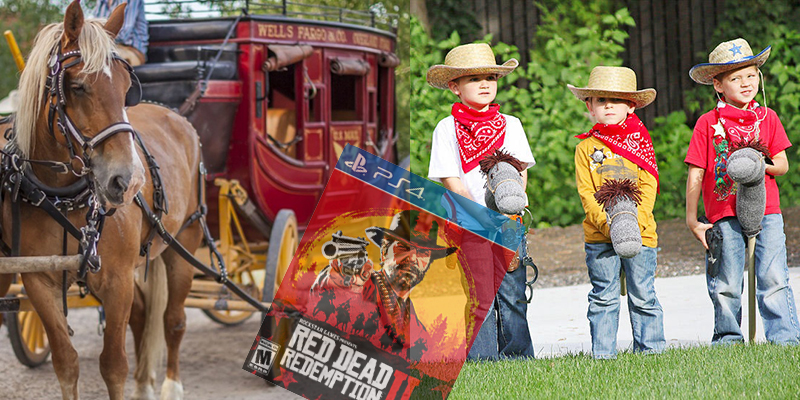 PARENTS groups are up in arms after an unprecedented increase in stagecoach robbery and hog-tying since the release of Red Dead Redemption 2.

Now little more than a rare sight in parks and the heart of major cities, one stagecoach operator claimed they were ‘sitting ducks’ for scores of adolescents who have ‘swapped their gang colours and baseball caps for Stetsons and kerchiefs across the face’.

“Before, my biggest problem used to be animal rights activists harassing me for cruelty and calling for boycotts and people trying to have sex in the back,” he said.

“Those were the good old days. Now I’m just being robbed frequently.

“Just yesterday a group of kids cut me off on a bridge, hog-tied me and threw me into the river. It was horrible – they were doing the worst accents – claiming my coach would ‘fetch a good price at Emerald Ranch’.

“I don’t know where that is exactly, but if it’s out of the city good luck to them. I’m mainly annoyed because they keep stealing my pelts before I can get them to the trapper.

“Luckily I just sleep for a few hours and it magically returns.”

Parents are also feeling the alleged negative effects of the game at home.

“Sure, he might have been stealing cars and killing prostitues, but that was all make believe. Now that he’s playing Red Dead, he comes downstairs drinking Bourbon, he’s got a bow and arrow and he’s skinning all the neighbourhood pets. He still insists he’s a good boah, though, whatever that means.

“When I tell him to stop he just storms off calling me ‘such a fucking Micah.’ I should have got him that Spiderman game instead, but then he’d just be spending all his time upstairs shooting white sticky stuff with his hands and he already does that enough. I only just cleaned that sock drawer.”