National
Alarm level stepped up as a man-version of the coronavirus emerges
March 5, 2020 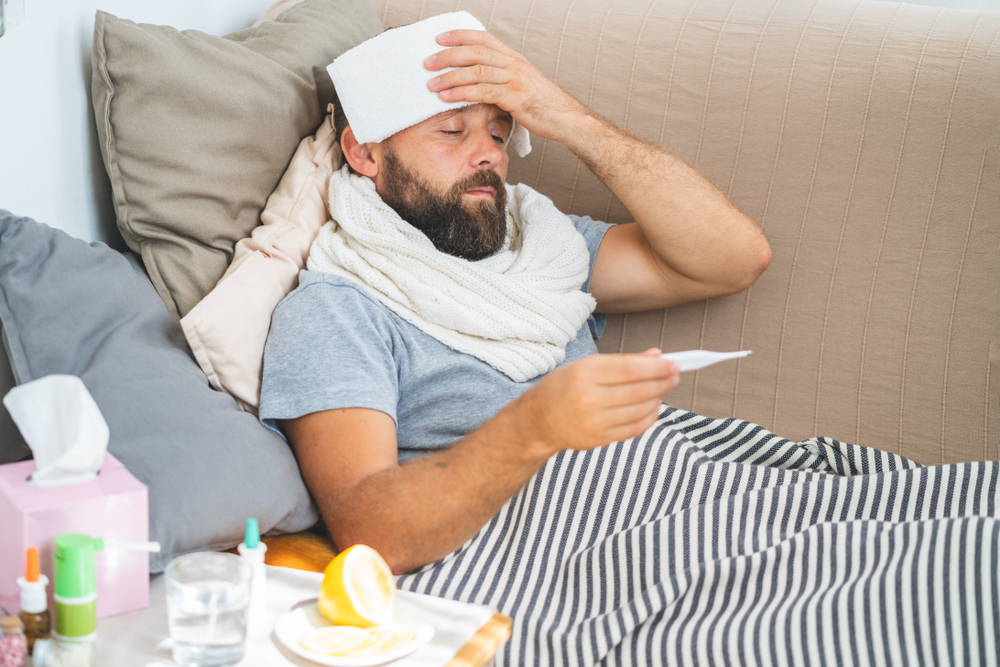 Sales of man-sized tissue paper have skyrocketed today as men stockpiled supplies for the inevitable outbreak of man-Covid19, described by scientists as 2-8 times worse than the regular flu symptoms that occur with coronavirus.

“Oh man I can’t get out of bed, I feel terrible,” said one sufferer, while his equally infected partner did housework while occasionally sniffling. “Why oh why did I take breathing through my nose for granted all these years.”

However, doctors have since confirmed that in fact the man strain is just the same as the regular strain of Covid-19 and that all the guys were just being big sooks. “I don’t know what the problem is, they’re genetically identical” said one female scientist observing the virus through a microscope, “my colleague here would confirm that finding, if he weren’t currently baracading himself into a fort made of toilet paper.”

UPDATE: It has since been revealed that the man who claimed to be suffering from man-coronavirus was in fact just horribly hungover, having drunk too many Corona beers the night before