National
Gladys asks ICAC if she can change to the “just tucking in my shirt” defence
October 23, 2020 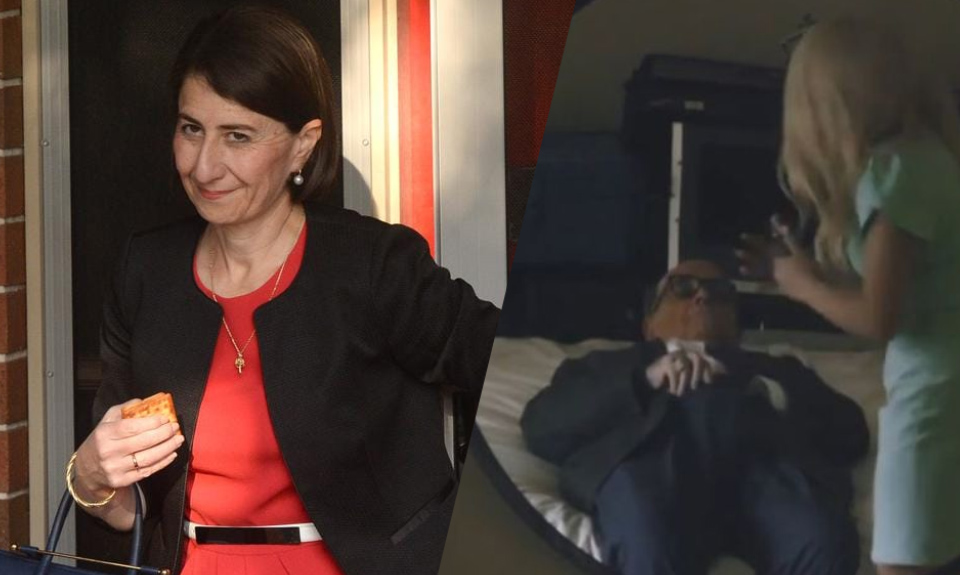 Unlucky in love Premier Gladys Berekjiklian has today updated her statements to the ICAC, seeking to clarify the relationship between her and disgrace of a person Daryl Maguireby pleading the classic “tucking in my shirt” defence.

“This is a private matter and will remain as such,” claimed Gladys while posing for photos to use for her next front page tell all about the relationship. “But since you are making such a big fuss, and I am under oath again, I guess I will tell the truth this time. Nothing inappropriate happened, it was just one of those things where I was tucking in my shirt for five years and people thought it was sexual somehow. Classic mistake.”

“So if that has cleared everything up I am gonna take a break because this ordeal has been very stressful, I hear Wagga Wagga is nice this time of year.”

In response to this revaluation, the interviewer for the ICAC said that it doesn’t really change the matter at all. “To be honest, I don’t quite get how that is possibly a defence to the issue of why you lied under oath to an investigation into the corruption you intentionally turned a blind eye too instead of reporting.” asked the interviewer. “It feels like you may be trying to distract me for some reason. But on the other hand you’re in control of my pay so I’m going to allow it. Case dismissed.”