loading...
National
PM takes swift action on Omicron by declaring it the states’ responsibility
1st of your 1,000,000 free articles this month 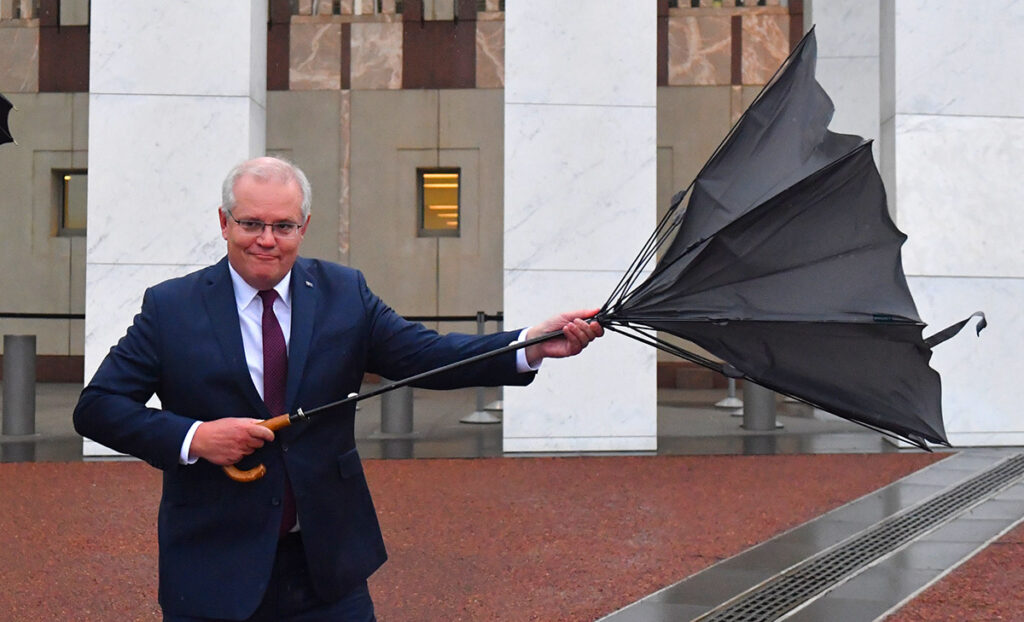 Prime Minister Scott Morrison has today assured Australians he will take swift and decisive action to keep the Omnicron variant from spreading, by immediately shifting all responsibility to the state governments and then taking the credit if they succeed.

Rubbing sleep from his eyes as he stumbled into an 11am press conference, the Prime Minister’s message was clear. “Australians want to know that we will protect them,” explained Morrison. “That’s why I just texted all three of our state premiers, urging them to do everything they can to keep this virus out, as long as it doesn’t involve lockdowns, closing borders, vaccine mandates, spending money on quarantine facilities, or anything that could potentially interfere with my re-election chances.”

“All possible support will be extended to the states as they fight this new mutation,” he continued. “Unless they take any action whatsoever that we disagree with, then we will obviously have no choice but to undermine them at every opportunity. These are the tough decisions we must make to keep the Coalition in offi  – I mean, keep Australians safe.”

When it was pointed out by a reporter that he had actually only sent out a single text which went to the wrong number, the PM took further swift and decisive action by ending the press conference early and immediately suing for defamation.