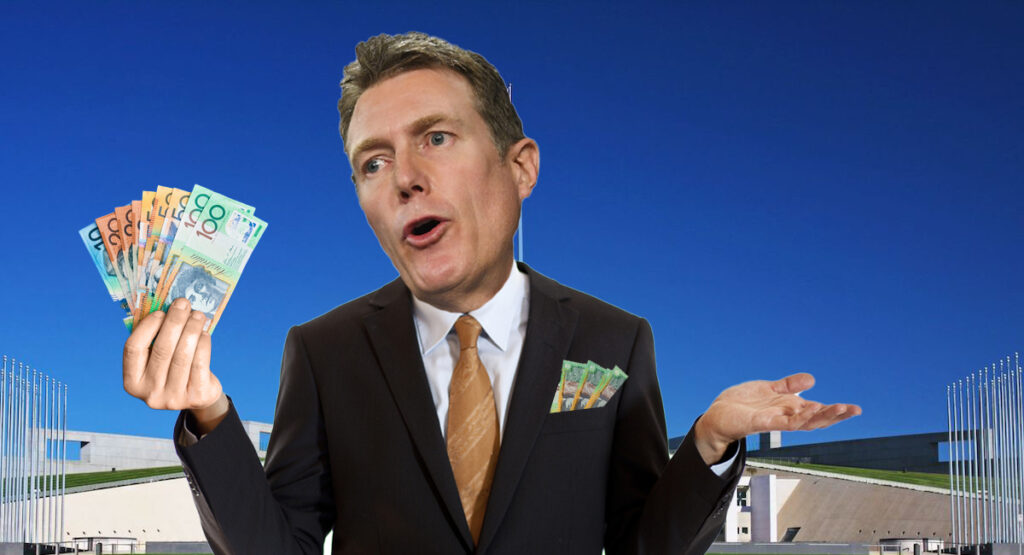 Scott Morrison, who said it would be wrong to blindly trust Christian Porter’s alleged victim, has blindly trusted the intentions of an unnamed millionaire funding his lawsuit.

The comments come after it was reveal that the former Attorney General funded his lawsuit against the ABC in part with an anonymous million dollar donation through a blind trust.

Porter has strenuously denied all allegations made against him while also working strenuously to suppress documents produced by the ABC’s legal team about the incident being made public for some reason.

“What’s so weird about million dollar donations?” said the Prime Minister, who has not set up a Federal Anti-Corruption Commission despite promising at the last election to do so.

“It’s sort of like when you find a money in your couch and you don’t know who left it there, but it’s there so you may as well keep it. You wouldn’t question finding a million bucks in your couch cushions would you?”

In response to this, Porter has also spoken out. “I have nothing to hide, except for the defence mounted against me in my lawsuit and who funded my lawsuit. But at least I know my reputation with the public is intact!”