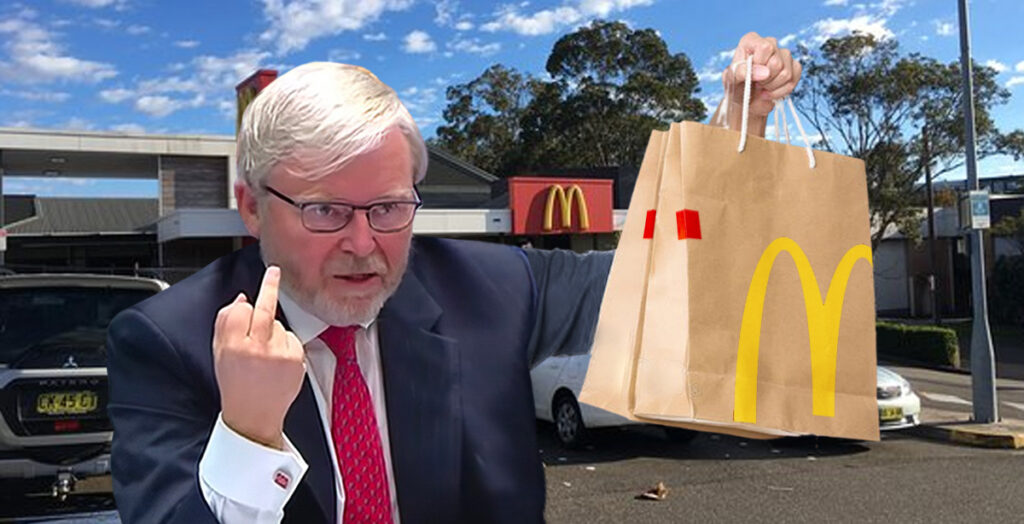 Kevin Rudd has today told Scott Morrison to “suck on this sauce bottle” after successfully purchasing a meal at Engadine Maccas without any further incident.

“I’ll take one extra spicy McCurry please, and a smoothy to go,” while staring directly into Scott Morrison’s eyes. “Oh, also throw in a napkin for my friend here, he appears to be sweating.”

The move is just the latest in an escalating war between former Prime Minister Rudd and Mr Morrison, following a clash which saw the two duke it out over who is best friends with the CEO of Pfizer.

“OMG so like I know I said I was like totes besties with Kev, but I’d never go behind Scott’s back like that, like that would be so not cool,” said the CEO Albert Bourla today. “Sike, just kidding, O M G as if I would hang out with that loser, I wouldn’t even lend him a gel pen, my vaccine gift was totes all because of Kev, he’s such a cool guy.”