National
“There is no need to condemn protesters demanding Andrews be murdered, they aren’t putting pins in strawberries” says PM
November 17, 2021

WRITTEN BY
Charles Firth and John Delmenico
For The Chaser 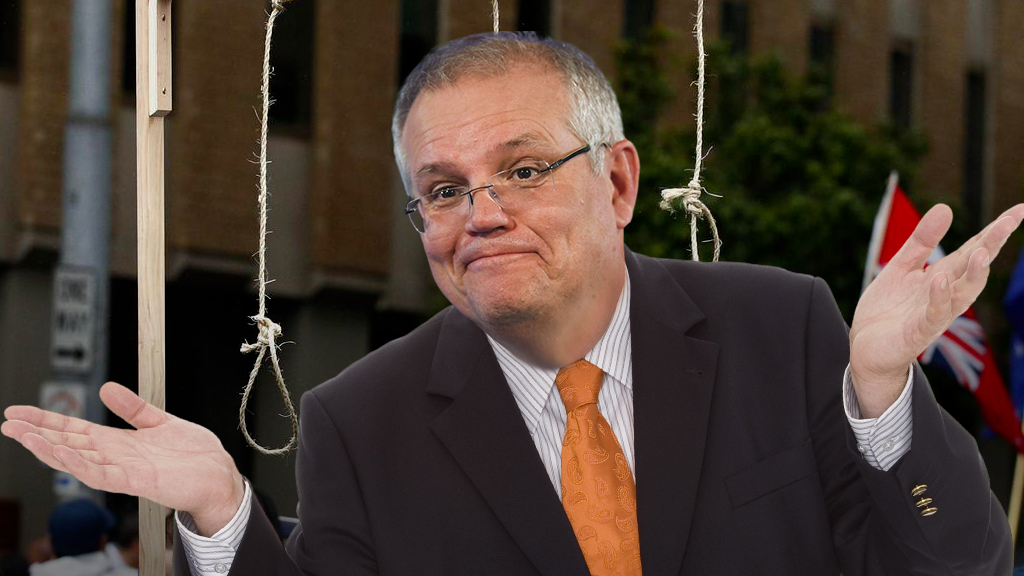 By Charles Firth and John Delmenico

Prime Minister Scott Morrison has slammed suggestions that he should condemn protesters demanding that Dan Andrews be murdered in public, saying that although they are only bringing gallows to Victorian Government building and not something more scary like strawberries with pins in them.

“People are being a bit hasty labelling these people as a potential threat,” said the guy who is happy to declare refugees as potential threats as soon as they flee to Australia, “we need to be objective in our evaluations.”

“Are people calling for the public execution of a sitting Premier, sure. But are they sticking needles in his fruit, not to my knowledge. All I am saying is there are good people on the protesters side, hell I am mates with some of them. Good to see Peta Credlin and Craig out and about in Melbourne. Maybe I should knight them?”

One representative for the ‘totally not a terrorist’ group has responded by thanking Morrison, saying “that’s a great idea, we should try that next. Thanks Scotty, normally it’s your mate who gives us our info.”